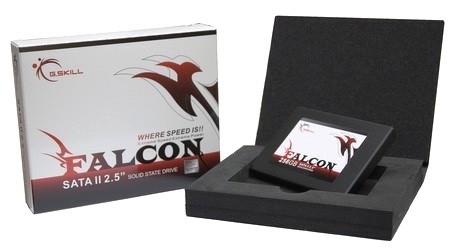 G.Skill has been keeping pace with the best of them when it comes to the latest in solid state drive technology, so much so that it is fair to say that they are one of the leaders in this market. Their proven track record of delivering solid products at prices that undercut the competition makes G.Skill one of my favorites in this market.

The buzz word this week for SSD technology is Indilinx and their new SSD controller. OCZ was the first maker to get the buzz started with this new controller; it is found in their Vertex Series SSDs. From the start enthusiasts went into panic mode as the newest 'must have' product hit the market. Here we are now just a couple of weeks later and G.Skill has their new drive, the Falcon based on the same Indilinx controller, but G.Skill has managed to once again undercut everyone else on price.

There is nothing like getting the latest technology at the best possible price. Today we are going to see if the new G.Skill Falcon is able to dethrone the mighty Intel X25-M and see how it compares to some of our most memorable SSDs that were once the king of the hill. 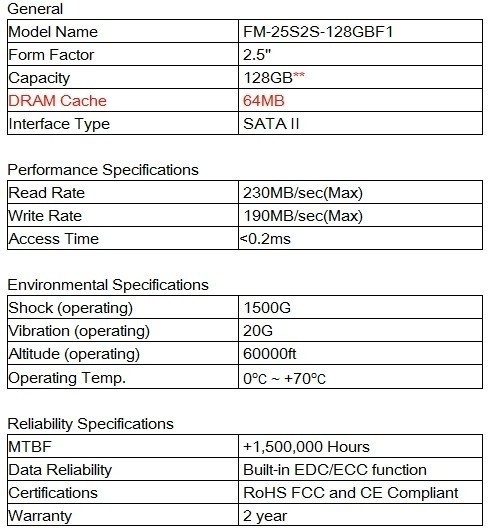 The G.Skill Falcon is based on multi-level cell (MLC) NAND flash. Traditionally MLC has been slower than SLC drives, but since the cost is considerably lower with MLC, the development has progressed much faster. We are now starting to see MLC drives that are faster than SLC drives that have been on the market for just a couple of months.

A large portion of MLC drives new found speed can be attributed with the cache system. The Falcon Series of drives use 64MB of cache and our 128GB sample has a claimed speed of 230MB/s read with 190MB/s write. At the time of writing the Falcon was available in 64, 128 and 256GB capacities. Newegg currently lists the 128GB Falcon for 319 USD with free shipping. To put things into perspective, the OCZ Vertex that is based on the same controller is listed at 425 USD with free shipping for the 120GB model.

While you are catching up with the math I will go ahead and start showing you what the G.Skill Falcon is all about. 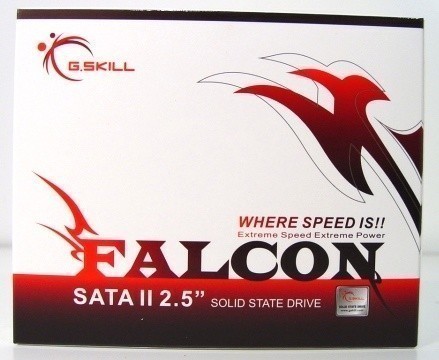 The Falcon package is a lot like what we found on the G.Skill Titan. The front of the box is not very informative but it does show the product name and gets a little branding in. 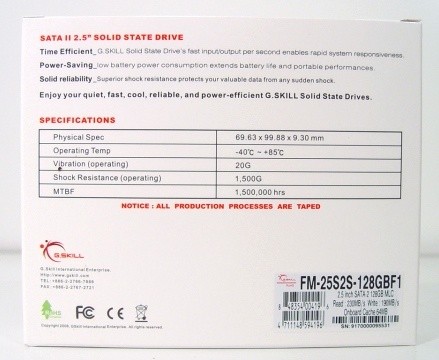 On the back you can see some general specifications for the drive, but on the bottom right side we find some specific product claims and capacity information. 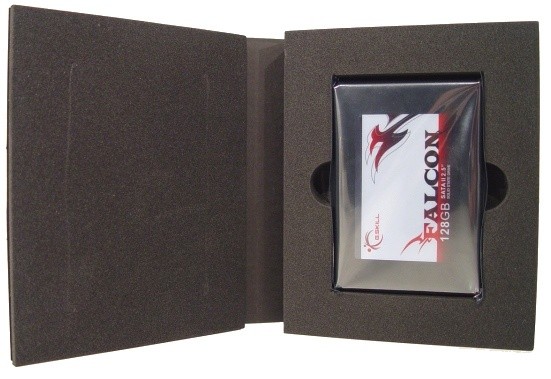 The drive is held securely in place in the inner shell that is made of foam. This is a direct carry over from G.Skill's earlier SSDs and is very effective at securing the drive. 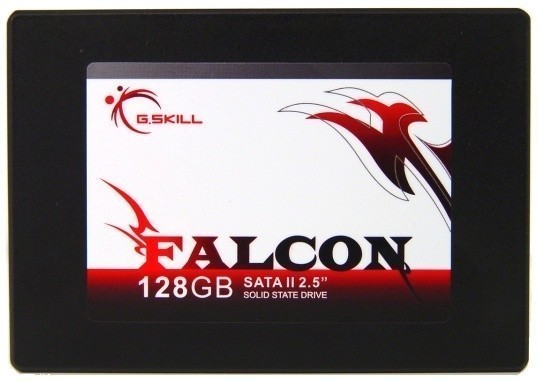 The outer case for the Falcon is typical G.Skill; the new sticker resembles the packaging that we just looked at on the previous page. 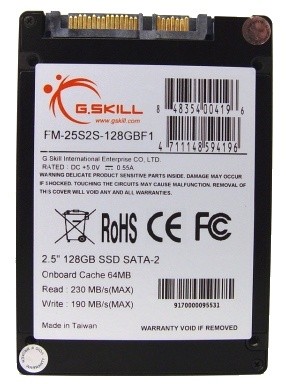 The back of the drive is where you will find the model number as well as the drives serial number.

The data and power connectors are where they should be and are both within specification. You will notice a small two pin jumper next to the data connector. This is where you jump the pins with the included jumper to flash the drive to the latest firmware. At this time G.Skill has not released an updated firmware but may do so in the future.

Here we see that the Falcon complies with the specifications for mounting the drive to an adapter. 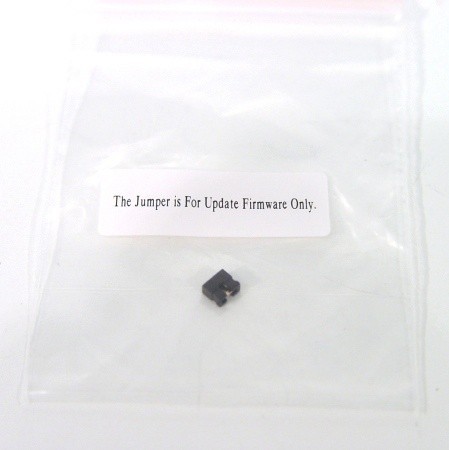 One thing that I did notice is that the jumper for the G.Skill Falcon is very small, like the old jumpers found on SCSI drives to set their identification number along the chain. If you have large hands you may need to get out the tweezers to fit the jumper.


Today we are comparing the G.Skill Falcon FM-25S2S-128GBF1 SSD to other 2.5 inch drives that we've reviewed in the past. 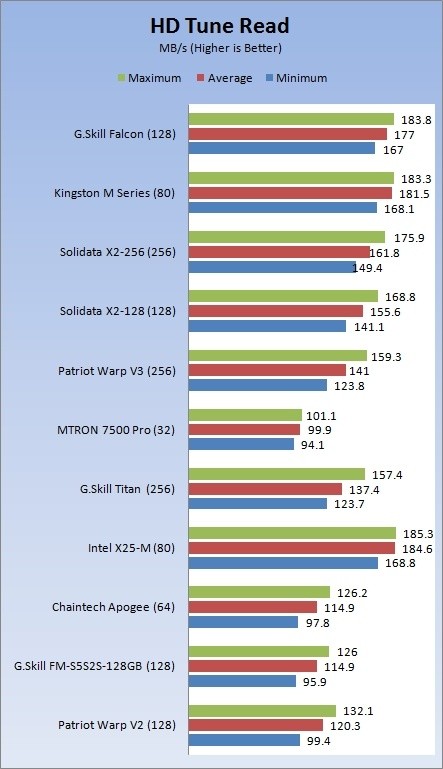 The G.Skill Falcon makes a strong showing right out of the gate. Here we see that the drives read performance is close to the Intel X25-M, but isn't able to take the lead in average speed. As you can see, they are running neck and neck. Read speed isn't where MLC drives lack performance, though; let's move on to write speeds. 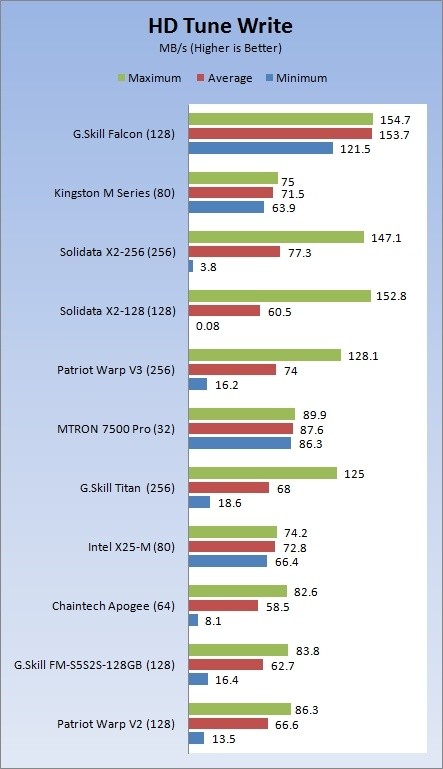 I am truly at a loss for words; the G.Skill Falcon is able to double the write speed of the Intel X25-M and do it without the issues that plagued the JMicron controller drives. Here we see solid performance across the board, from minimum to maximum speeds. 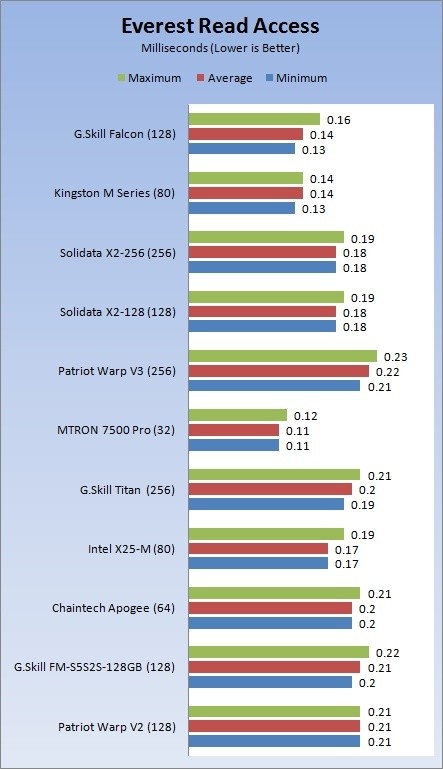 The average read access times of the Falcon are respectable and match the Kingston SSDNow Series X25-M which was tested with Intel's latest firmware. 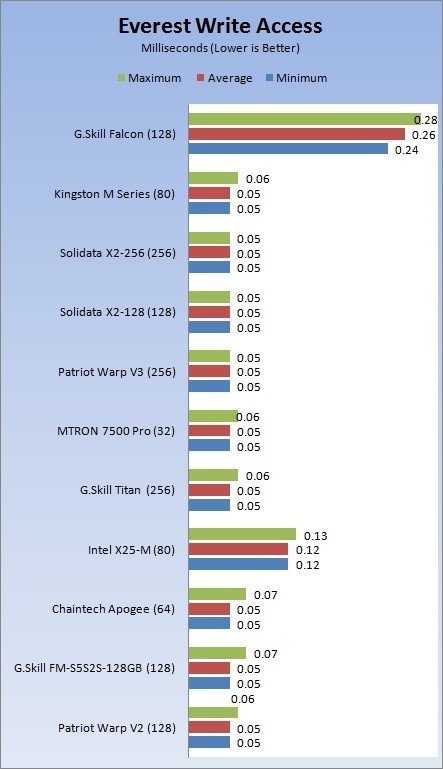 The average write access speed was way off with this firmware. Here you can see that the Falcon is three times slower at this operation. The Intel X25-M used to have an issue here as well, but it was cleaned up with a firmware revision. Hopefully G.Skill is able to clean this up in the future.

The G.Skill Falcon is the first drive we have tested that is able to run with the X25-M in many of the tests. The Falcon was also able to outperform the Intel drive in many tests. G.Skill should break out the champagne because the Intel drive has been a tough product to catch up to. 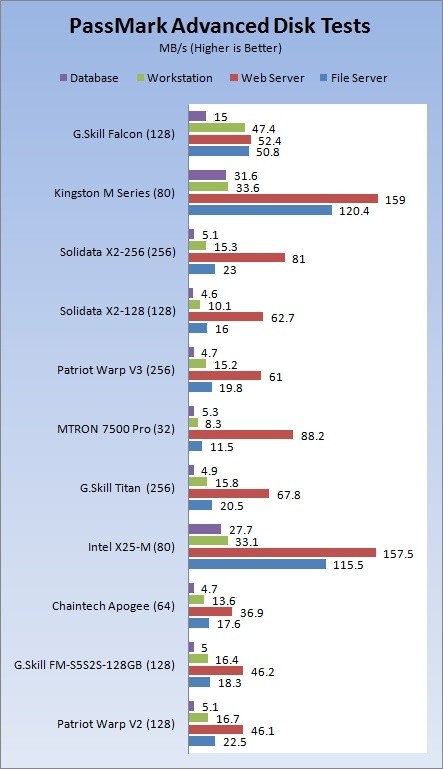 In our server tests we see that the Falcon is still a little off pace with the X25-M, but since the Falcon is designed to be a desktop drive we are not going to worry about that too much. What we did see is that the drive managed to outperform Intel's desktop drive by a large margin in the Workstation Pattern, the one most like what enthusiasts would run into on their own systems.

G.Skill has impressed us again with their latest offering and to be honest they are making a habit of it. The new Falcon uses the latest technology and manages to beat the competition on the cost of ownership. To say that the drive is fast is an understatement; when the Falcon spreads its wings it sores above the competition.

We have several drives in our test lab right now that use the new Indilinx controller and the Falcon is just the first to be reviewed. For the last week I have been using a drive based on the controller and can tell you that the JMicron issues, no matter how subtle they were before, are now completely eliminated. As we saw in the benchmarks the Falcon was not able to completely outperform Intel's X25-M in all tests, but it is the first drive to compete and take a few of the benchmarks.

G.Skill has managed to one up the competitors again when it comes to cost. The new Falcon is nearly 90 USD cheaper than the OCZ Vertex and should perform similar while having 8 more gigabytes of usable space. Since I don't have the Vertex in house I can't say if the Falcon performs any different, but I wouldn't spend 90 Dollars more just to find out. 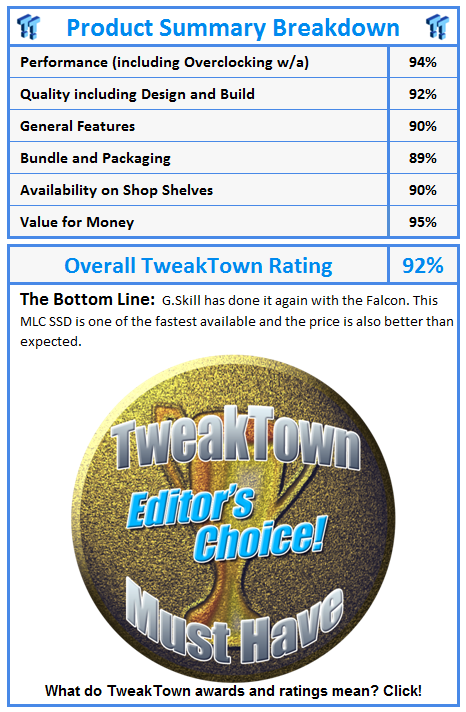