Wedding Crashers had come fairly highly recommended to me and I must admit I had a very enjoyable time viewing. Wilson and particularly Vaughn have a roguish quality to them which allows them to pull off their characters very well. There are a few dips in the comedy, particularly in the middle of the film, but there is enough goodwill generated by previous scenes to overcome this. Wedding Crashers is a perfect Friday night flick which guys and girls alike will enjoy. 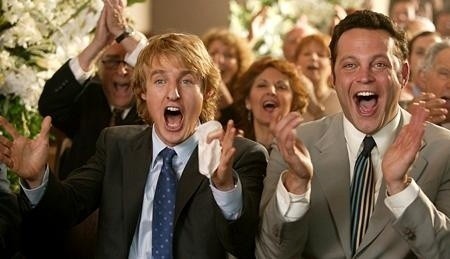 Wedding Crashers is presented in the widescreen scope aspect ratio of 2.35:1, encoded with VC-1 compression.

Wedding Crashers is a well lit film, with bright bold colours, which translates well to video encoding. Generally, sharpness is quite good and I didn't detect any print artifacts. There are, however, a few issues; it seems that DNR (digital noise reduction) pops up a little bit throughout. The intention with DNR is to lessen the effects of grain - but this has the downside of smoothing the image of some finer texture detail, which is a very undesirable trade off and should be stopped. I also found at times that the black levels felt a little 'pumped up', resulting in a lighter dark grey tone.

Otherwise, the transfer is generally quite good and fans of the film will probably be more than happy - but I just can't overlook the deliberately applied practice of DNR. 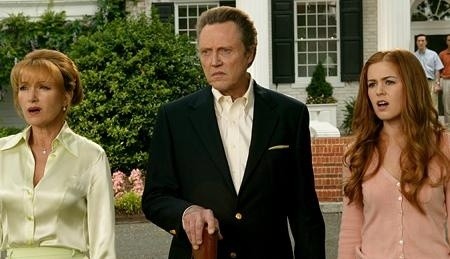 Wedding Crashers is one of the most constrained audio experiences I have heard for some time. 90% of the aural activity happens in the front three speakers, whilst the film is, at its core, a talky comedy. There were many scenes throughout that could have benefited from a more aggressive sound mix, with crowd scenes and incidental music. This is of course, more a reflection of the original sound mix rather than any problem with this Blu-ray disc. Importantly, I had no aspects in that regard.

Warner Bros, the producer of this Blu-ray, are a funny bunch. They grant this film a lossless Dolby TrueHD soundtrack, but don't feel the need to grace a film such as Speed Racer with one. I digress, every Blu-ray, no matter the content, should have a lossless audio track, but it's hard to not be frustrated. 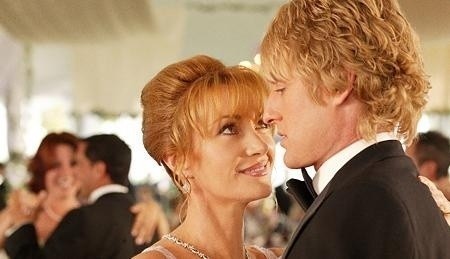 Warner Bros. and Roadshow have ported over all of the extras from the previous DVD release, but have not added any additional features. Here's what we have.

Two audio commentaries, the first provided by Director David Dobkin and the second by Vince Vaughn and Owen Wilson. Unfortunately, both are disappointingly bland, and a hard slog to get through, especially so in the case of the Vaughn/Wilson combo, which I was expecting to be rather hilarious - it was not, and the Dobkin commentary was equally as sparse and unenlightening.

Two Featurettes, the first 'Event Planning' is a very brief 7 minute 'making of', seemingly made as an interstitial for day time TV, and the second 'The Rules of Wedding Crashing' is a tongue in cheek run down of wedding crashing etiquette, if it can be called such a thing. 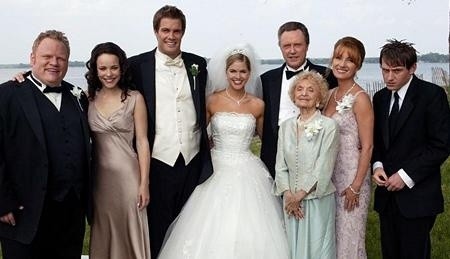 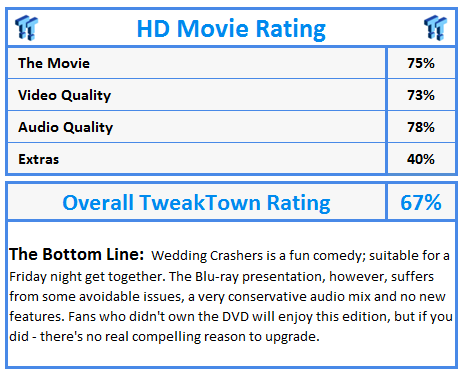