For the budget-conscious out there simply looking for an affordable gaming headset to pair with a few devices, Turtle Beach's Recon 70 offers decent audio with no frills.

The Turtle Beach Recon 70 wired gaming headset sits so firmly in the budget pricing bracket that its asking price (USD 39.95 and AUD 59.95) makes it more of an entry-level device. My first gaming headset, if you will. That's not to say that there isn't a place for a cheaper audio solution, quite the contrary, but the low price point means you can expect a few things right off the bat.

First up, the overall build is pretty much all plastic and a little flimsy, but not overly so. And there's very little in the way of additional features to talk about. The good news is that Turtle Beach has used the all-plastic lightweight build to great effect by offering a wide range of colors and camo-like patterns to choose from. 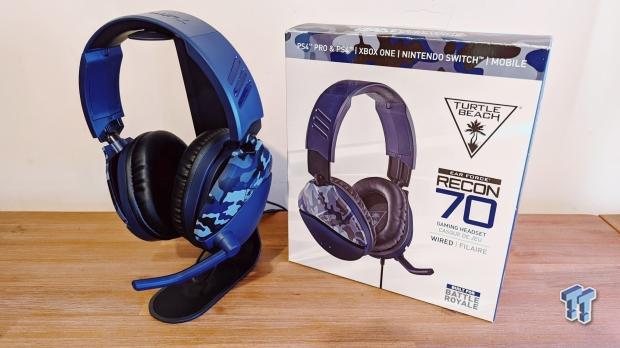 Like the recently reviewed Turtle Beach Recon 500 Headset, the Turtle Beach Recon 70 Headset features a single 3.5mm connection, so its versatility sits more in the console realm than the land of PC. Without a splitter, audio and chat functionality are limited on the desktop PC front, which is a shame when you consider that a splitter wouldn't have cost Turtle Beach much to throw in. The non-detachable cable isn't all that long either, so this is yet another Turtle Beach headset better suited to plugging directly into a PlayStation or Xbox controller, or directly into a Nintendo Switch system in handheld mode.

The goodness with the Recon 70 sits in the sound realm, with Turtle Beach including some decent 40mm drivers that can deliver impressive audio for the price point. The out-of-the-box sound and overall quality punch above their weight in a lot of areas which is great. The bass response isn't up there with more premium headset offerings, which is to be expected for an entry-level headset, but the balance is quite neutral and well-tuned for action games and beat-heavy music where there's a lot of variety in the mid-range and high frequencies. 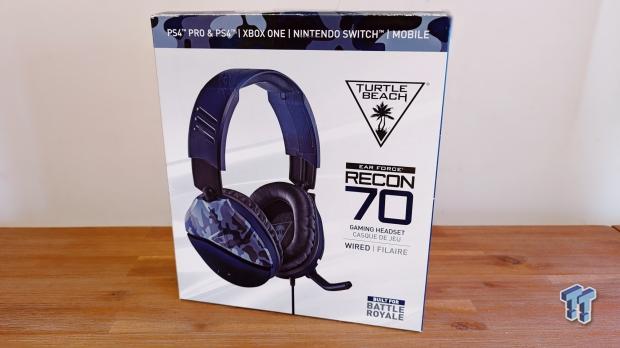 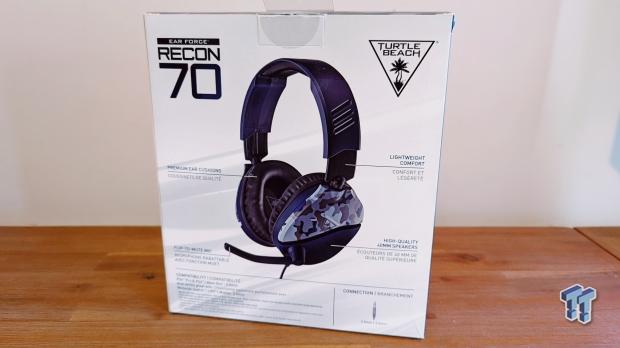 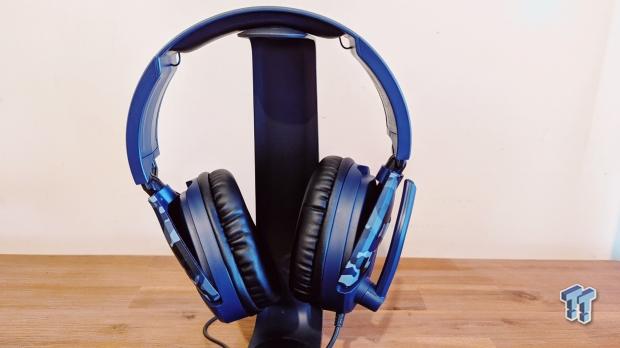 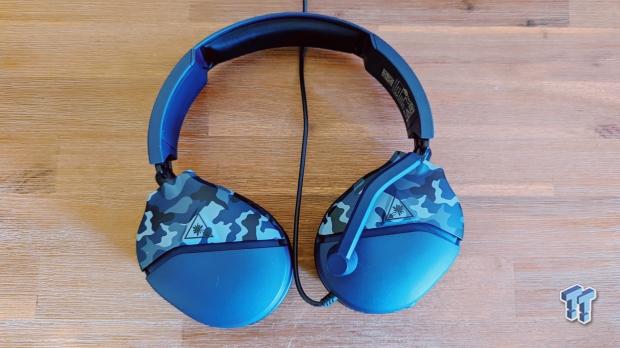 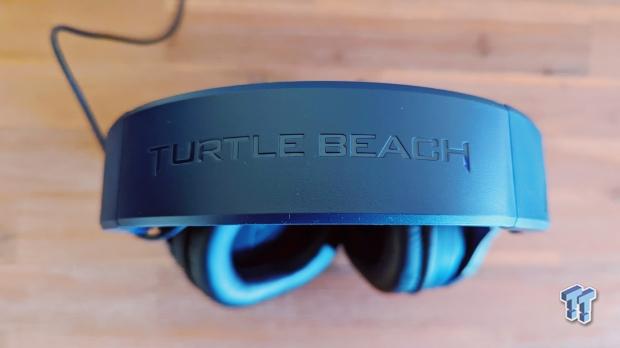 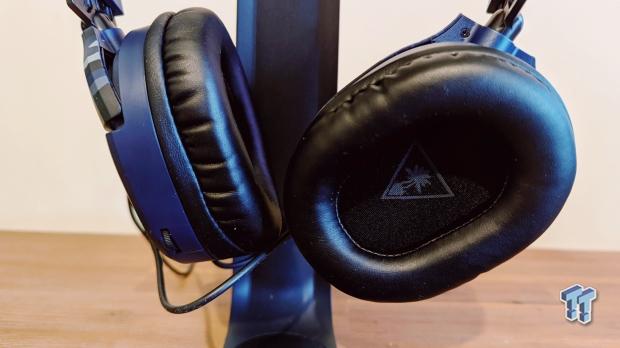 For something that sits in the budget and entry-level pricing bracket, the all-plastic design for the Turtle Beach Recon 70 Headset isn't a surprise - as mentioned in the introduction. And, as with all headsets, it's the durability of the build and comfort that matters. On that front, it's a bit of a good-news bad-news situation for the Recon 70, as the construction itself is somewhat decent, with an adjustable headband and functional if not exceptional faux leather cushioning on both the ear cups and the underside of the headband.

Comfort is a different story, though, as the stiff headband applies a bit of noticeable pressure on your head, which some might find uncomfortable, especially after wearing the Recon 70s for more than an hour at a time.

When it comes to gaming headsets and the very nature of extended gaming sessions on the couch or in front of a desktop rig, comfort comes in two parts. There's the initial feeling that you get from the overall weight, cup size and shape, cushioning, and things like being able to adjust overall placement. And then there's all of that, but with the addition of time, where things like ear pressure, breathability, and even the construction materials factor in.

Weighing at around 250 grams, the Turtle Beach Recon 70 is lightweight and initially comfortable. Long-term is a different story, as the not-so-great feel of the low-cost materials and the pressure from the stiff headband become a problem. 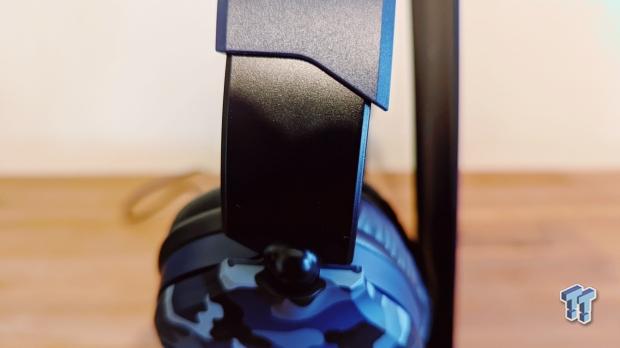 There are a few nice additions to the design, though. The microphone is small and can be flipped up and down to mute and tuck away. The onboard volume dial on the left ear-cup is easily accessible when gaming too. And although the all-plastic construction showcases the budget-conscious design, Turtle Beach offers no less than nine different color variations and patterns to choose from - which give the Turtle Beach Recon 70 some personality and life compared to most all-black headset designs.

The software and customization support on offer with the Turtle Beach Recon 70 Headset can be summed up in a few words - there isn't any. At least in the official sense. So, no matter if you're connecting to an Xbox Series S, PlayStation 5, Nintendo Switch, or PC, it's the hardware and software available on the device end that you'll need to tap into.

With modern consoles like the PS5 and Xbox Series X offering up easy-to-turn on and off surround sound solutions, in addition to being able to tweak chat balance and other settings, no official software support isn't a deal breaker. When it comes to console audio, the idea of software support is mostly off the table in favor of system control and apps like Dolby Atmos and DTS. 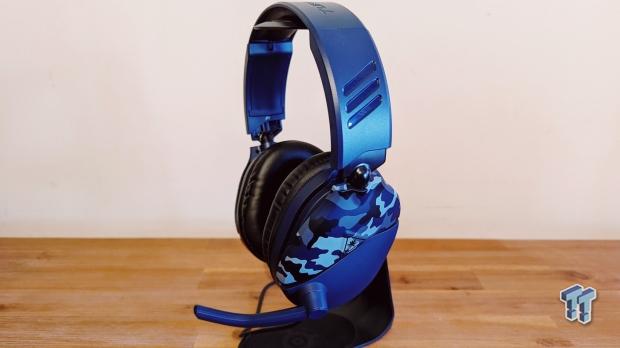 This is where the neutral and balanced sound from the 40mm drivers is used to great effect, with the overall sound quality being pretty much the same, no matter the platform. Even when connecting to a smartphone and listening to podcasts or music, it's a clear and crisp sound without all that much required in the way of fine-tuning.

As far as 'how does it sound' goes, the Turtle Beach Recon 70 Headset impresses in terms of clarity and price point. The balanced sound isn't quite as warm as some of the more expensive Turtle Beach offerings, but the effect is somewhat neutral, with a clear separation between the low, mid, and high frequencies. You wouldn't think that a budget gaming headset would be able to deliver decent audio performance for listening to music, but here we are.

After testing out a few action-heavy titles like DOOM Eternal, Marvel's Spider-Man, and God of War, I left the Recon 70s on and fired up a few house music and other beat-based mixes. And yeah, not having to run to the EQ was a pleasant surprise and testament to Turtle Beach's tuning - which has hit a sweet spot after so many years in the game. 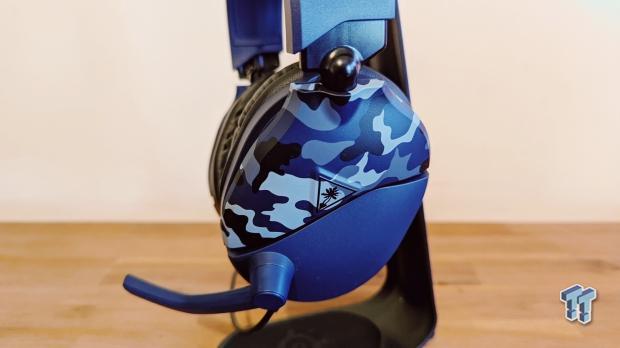 This is not to say that the Recon 70s are great for music, as the sub-bass frequencies lack detail, and there's not much in the way of spatial separation - a lot of the sound feels compressed and a little cluttered. Again, for a budget headset, this can be overlooked as the in-game results are a little better when you factor in virtual surround and game mixes that tend to keep a lot of the key audio centered.

Better than expected but not amazing is generally how you'd describe the Turtle Beach Recon 70 Headset sound, but being a solid performer accounts for quite a lot for an entry-level headset. The 40mm drivers certainly carry enough power to support cranking the volume, and even though there's no outright distortion on the top end - it's at a loud volume where you notice the compressed and almost flat-sounding nature of a lot of the frequencies.

Much like the audio, the voice and microphone quality of the Turtle Beach Recon 70 Headset was a pleasant surprise - where in a quiet room, it was able to pick up vocal detail without any issues. It's nowhere near broadcast quality but perfectly fine for the intended use of being connected to an Xbox or PlayStation controller.

As a budget offering, there's no noise cancellation magic, and the omni-directional microphone pattern is custom designed to pick up the background noise from your immediate surroundings. But for basic in-game chat, with easy flip-up-to-mute functionality, the Recon 70 voice performance is solid.

As a no-frills budget gaming headset, the Recon 70 delivers impressive audio performance for the price point. But the price point does mean that it falters in a few other departments, namely with comfort and the overall build feeling cheap. This is mostly fine because the Turtle Beach Recon 70 Headset is cheap.

It's the overly stiff headband and tight feel that is the real letdown, though, which does put a hamper on long gaming sessions. It's hard to tell if they're built to loosen over time, but after a week of regular usage, we didn't notice any new slack entering the picture.

Even though this is one of the cheapest headsets you're likely to find from a reputable brand, one does have to wonder what you can get if you decide to spend a little bit more. Looking at the budget and mid-range gaming headset market, you're spoiled for choice; there are countless brands, models, and makes, all trying to offer you the same thing.

In the end, though, as a quick and cheap off-the-shelf addition, you could do a lot worse than the Turtle Beach Recon 70 Headset. Long-term comfort aside, the 40mm drivers perform admirably, and the single 3.5mm jack makes it work great no matter the device (sans PC) that you connect it to.

For the budget-conscious out there simply looking for an affordable gaming headset to pair with a few devices, Turtle Beach's Recon 70 offers decent audio with no frills.