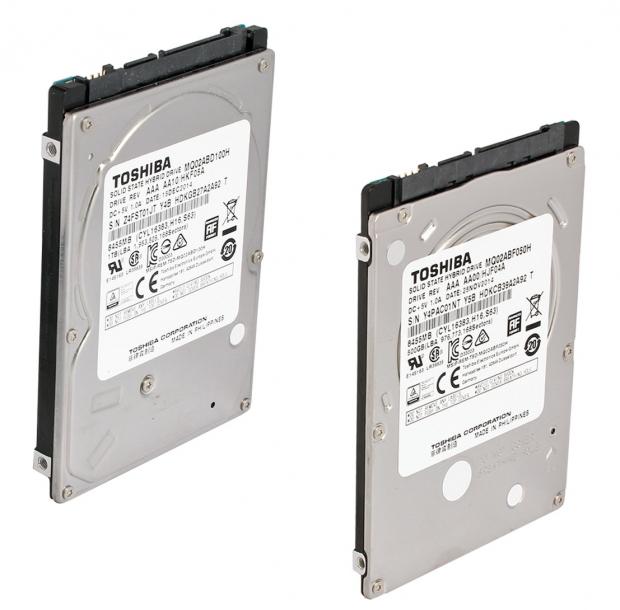 SSHDs deliver better performance compared to traditional hard disk drives (HDD), because the drives feature NAND that is used as the secondary cache during operation. This means users see improvement to the drive's performance compared to traditional HDDs, while still maintaining the equivalent capacities of traditional HDDs. The "MQ02ABD100H" and "MQ02ABF050H" are suitable for high-performance PCs like mainstream and gaming PCs, while the "MQ02ABF050H"'s height of 7mm makes it suitable for ultra-thin and ultra-portable computing devices.

The new generation SSHDs also offer compatibility in both physical size and interface with traditional 2.5-inch HDDs. In other words, SSHDs allow for improved physical space efficiency within a system compared to alternatives that use a discrete SSD cache drive alongside an HDD. When using SSHDs, systems can access the drive through a single interface without the need for specific device driver software. Because it is a single unit, the SSHD is a lower cost alternative to SSDs while offering similar performance.