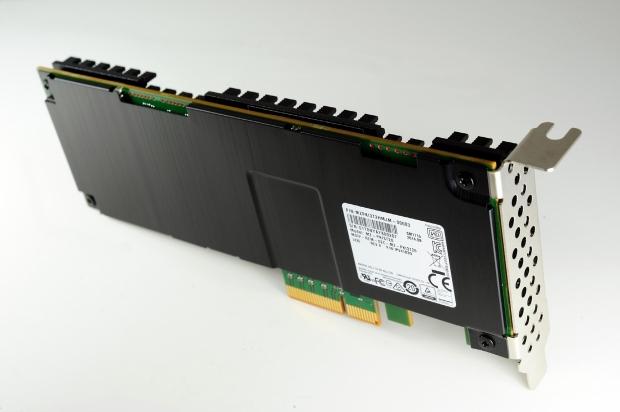 "Beginning with mass production of this new V-NAND-based NVMe SSD, which delivers the highest level of performance and density available today, we expect to greatly expand the high-density SSD market," said Jeeho Baek, Vice President, Memory Marketing, Samsung Electronics. "Samsung plans to actively introduce V-NAND-based SSDs with even higher performance, density and reliability in the future, to keep its global customers ahead of their competition."

The SM1715 is an upgraded version of Samsung's XS1715 in terms of drive performance and reliability. That 2.5-inch XS1715 was bestowed a 2014 Flash Memory Summit Best of Show Award earlier this year for being one of the Most Innovative Flash Memory technologies.

In addition, the 3.2TB SM1715 features outstanding reliability with 10 DWPDs (drive writes per day) for five years. This provides a level of reliability that enterprise server manufacturers have been requesting for their high-end storage solutions.

Since 2013, Samsung has introduced a range of industry-first 3D V-NAND-based SATA SSDs for PCs and data centers. Now, it is rolling out the SM1715 to accelerate the transition to the NVMe interface in the premium server sector, while expanding its 3D V-NAND SSD business to offer drives with more than 3TB of storage.