In the highly competitive world of extreme performance, MSI has once again grabbed the reigns with its Z77 MPOWER and R7970 Lightning Graphics card. Inspired by the availability of the MSI Z77 MPOWER several professional overclockers have started challenging the top scores in 3DMark 11. With the synergy of the MSI Z77 MPOWER mainboards and MSI Lightning series graphics cards, some incredible new scores have been set including the first single graphics card system to break 18000 marks in the 3DMark 11 Performance benchmark by Ukraine's T0lsty. 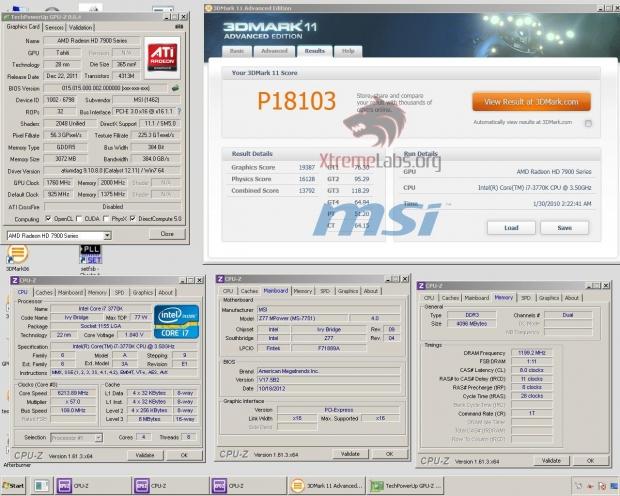 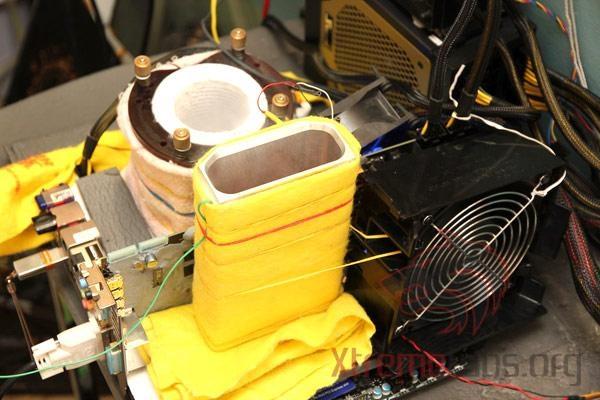 Contrary to popular belief, MSI mainboards that are most represented with professional overclockers in these benchmarks where the highest efficiency is demanded from the platform. This is the result of feedback over the past year of professional overclockers and which now translates itself in a situation where the Z77 MPOWER is the go-to mainboard for overclockers. The latest world record by T0lsty is the highest CPU speed for any 3rd generation Intel Core CPU in 3DMark 11 @ 6213 MHz (validation).

MSI's Lightning series graphics cards are built from with the purpose of amazing performance, with great components and overclockers' desired features. This is best demonstrated by the fact that almost every single overclocker prefers an MSI Lightning graphics card for their record breaking attempt. As a fact: 90% of the 20 highest scores in the single card 3DMark 11 Performance rankings are set with an MSI Lightning graphics card. T0lsty's R7970 Lightning was able to reach a core speed of 1760 MHz and 8 GHz memory!

The complete top-20 can be viewed here.

The Z77 MPOWER shocked the overclocking world as a mainboard that offers 24/7 stability for gamers and offers a down-to-earth approach to overclocking 2nd and 3rd generation Intel Core processors. Currently the MSI Z77 MPOWER powers three out of the five highest scores in 3DMark 11 Performance. Powered by Military Class III components the MSI Z77 MPOWER proves its stability not only during the "OC Certified" testing but also under the extreme circumstances of extreme overclocking.

MSI's R7970 Lightning continues the Lightning legacy and is this year's most favorite graphics card for overclockers. With 17 out of the top-20 scores in 3DMark 11 Performance set with the R7970 Lightning, it is clear what is the card to get if you want to set amazing scores yourself.

Built with Military Class III components the MSI Lightning graphics cards deliver the best performance and stability, no matter if you're a gamer or extreme overclocker.