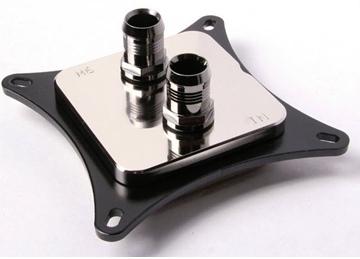 The DD-M6 CPU Block™ replaces the long running MC-TDX block improving upon the performance and reliability. Thermal performance is significantly improved while maintaining a low flow restriction design. Available in solid copper and brass parts that are non-plated or nickel plated. A new and improved mounting system is also part of the DD-M6 CPU block package allowing reliable mounting pressure in an attractive package. 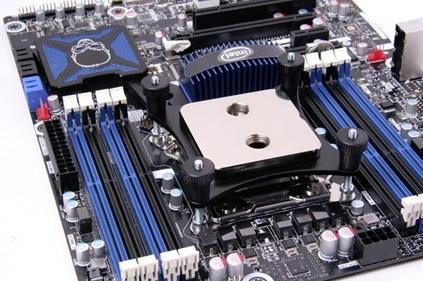 "Danger Den released a CPU block that we are proud of. Improved performance, built like a tank, and almost 100% produced in the US. The Top Plate, Mid Plate, Hold Down Plate, Hold Down parts are all machined in our facility or within 50 miles of Danger Den", said Jeremy Burnett Danger Den's President, adding " The hold down package has been significantly improved for the LGA 2011 socket and previous socket versions. It looks great and makes the mounting process simple for the consumer."

Developing a solidly constructed CPU block was imperative to the Danger Den product line. It provides the protection and reliability that customers demand. Danger Den does intend to offer a lexan version for the customers that prefer the aesthetics of a clear block.

Stock and availability for the Intel Sockets including the LGA 2011 is January 2nd, 2012. The AMD version is to follow in two weeks.