All motherboards feature ASUS Dual Intelligent Processor 3 technology with the latest ASUS DIGI+ Power Control design providing three digital voltage controllers onboard, one for the CPU and two for DRAM. ASUSf class-leading Digital Power designs result in better performance, greater stability, and enhanced overclocking for all users. All of the new motherboards ship with multi-GPU support, PCI Express 3.0 capabilities*, exclusive ASUS UEFI and up to 64GB of quad-channel DDR3 support via 8-DIMM slots. 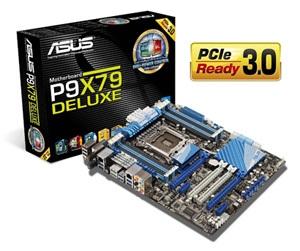 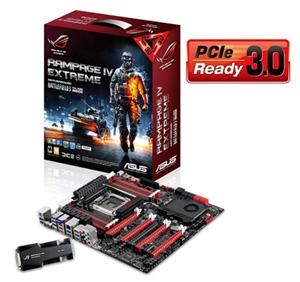 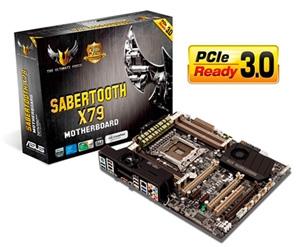 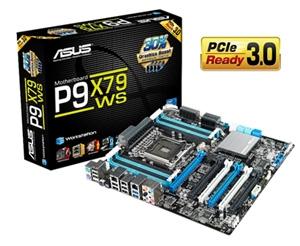 The ASUS UEFI BIOS has won media and user acclaim for its intuitive and easy GUI interaction. The latest version has been upgraded with the industry first F12 BIOS snapshot hotkey, the F3 system info shortcut, and DRAM SPD (Serial Presence Detect), which offers advanced support for memory troubleshooting. USB BIOS Flashback enables true plug and play UEFI flashing with any USB storage device. It works even without powering up the PC, using only standby power without a CPU, Video card or memory installed. Optional BT GO 3.0! consists of an onboard Bluetooth v3.0 +HS module that offers wireless 802.11n support, adding instant access point detection and setup for Wi-Fi everywhere.

The Rampage IV Extreme supports 4-way NVIDIA SLI and AMD CrossFireX and is designed to empower overclockers to reach new records while also offering the absolute best gaming performance and stability. It comes loaded with overclocking features well-suited to competitive benchmarking. Exclusive ROG X-Socket means LGA 1366 based CPU coolers and LN2 containers can be used as-is with the new board. OC Key is an ROG-designed device that connects to the DVI port of any graphics card to display performance and overclocking info on the screen independent of system resources. Users can make changes with no additional software, and without slowing their PC down.