Aurora Studio is thrilled to announce that Ring of Elysium has surpassed 7 million downloads according to SteamSpy. The next-gen battle royale found success during its time in Early Access and fully released recently in June. Having first featured a dynamic weather system for players to contend with along with the familiar mechanics of battle royales, Ring of Elysium has since continued to present players with fresh new mechanics with each newly added game mode. The most recent game mode Ashen Eye has players not only facing off against one another but an ever depleting supply of oxygen and features no zone shrinking but intense combat in an ever-moving safe zone.

Ring of Elysium is also proving to be an esports contender with the recent team up with Amazon GameOn for the Amazon Cup. Currently underway, the Amazon Cup features a hefty $60,000 prize pool and is open to players in NA and EU. As revealed in a recent announcement, players entering the Amazon Cup will also have a chance to play against Shroud and Forsen who were announced as wild card team captains for their regions. The Amazon Cup open qualifiers recently began and feature weekly tournaments for both NA and EU players to battle it out for their spot in the Regional Championships, players can sign up to compete from now until the final qualifying week which takes place on August 6. 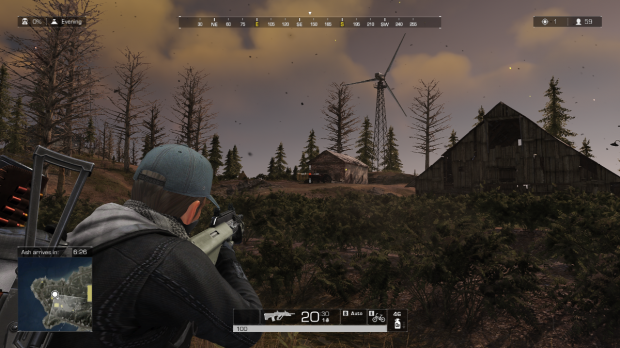 Following the five-week qualifiers, the regional finals will take place on August 10 in Europe and August 11 in North America. Players will go head to head for their slice of the $30,000 prize pool available for each respective region. The top players in each region will be awarded $15,000 with second place teams receiving $10,000 and third place teams being awarded $5,000. The 4th - 20th place teams will also not be walking away empty-handed as they'll receive $200 of in-game currency.

Ring of Elysium is available to play for free on Steam. For more information on the Amazon Cup or to register to compete visit the official site here.