RAPID CITY, SD (May 28, 2019) - In 2016, half a million hoverboards were recalled after lithium ion batteries in some of the popular scooters burst into flames. That same year, Samsung recalled its Galaxy Note 7 when the same type of batteries in some of those devices exploded and burned. The recall cost Samsung more than $10 billion. 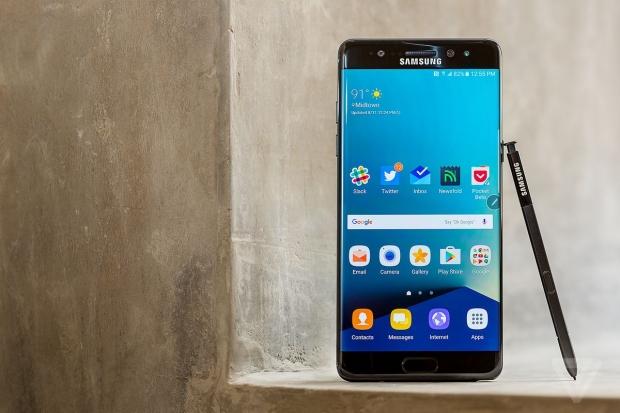 "The reality is, conventional lithium-ion batteries are not safe or reliable," says Smirnova, an associate professor of chemistry and applied biological sciences, and electrical and computer engineering at South Dakota School of Mines & Technology.

Conventional lithium-ion batteries contain flammable liquid that can become combustible when heated. Heating usually occurs due to a short circuit inside the battery. The end result in these cases is often fire or explosion. To make matters worse, the electrolyte inside lithium-ion batteries is mixed with a compound that burns the skin. In 2017, a young woman on an overseas flight received burns on her face when the batteries inside her headphones exploded.

Smirnova plans to put an end to such explosive possibilities by creating a reliable and safe solid state battery without the flammable electrolyte.

To make this advancement happen, she is working to establish the Center for Green Solid-State Electric Power Generation and Storage (CEPS) with SD Mines serving as the lead institution.

"Battery technology is the hottest topic now and can be applied everywhere," Smirnova says. "This is a very exciting development both for the university and the state as well as the world. And we are excited by the possibility of Mines taking such a major role in new technology that could really change the world and help to put our area on the tech map."

Once established, CEPS will gather experts, researchers and industry leaders from varied fields to work together to improve the safety and reliability of batteries by producing solid state batteries that are non-flammable and can survive a broad temperature range. The batteries will also have unlimited charge/discharge; run longer on a single fast charge; be eco-friendly; and have the ability to be used to support electric power grids, Smirnova says.

Smirnova's solid state energy storage technology has a wide range of applications, from use in portable and medical devices, by the automotive industry, centralized and decentralized electric grids, military applications, energy security and more.

"CEPS will transform the current lithium-ion batteries, which are not safe due to the presence of flammable liquid," she says. "These batteries often cost companies millions of dollars during recall situations."

Smirnova received a $60,000 planning grant in January 2019 from the National Science Foundation to create an Industry/University Cooperative Research Center (IUCRC) on the campus of SD Mines. That "center" will be CEPS. Smirnova will serve as the CEPS director, and Duane Abata, SD Mines professor of mechanical engineering, will serve as the CEPS Associate Director.

The NSF program to create cooperative research centers launched in 1973 to "develop long-term partnerships among industry, academe and government." The centers are designed to promote research programs of "mutual interest, contribute to the nation's research and education, and facilitate technology transfer." Nationally, there are 73 such centers doing research on individual topics in the United States, most located on the East Coast.

Since receiving the planning grant early this year, Smirnova and Assistant CEPS Director/research scientist Abu Md Numan-Al-Mobin, Ph.D., or "Numan," as he is most often called, have worked diligently to form partnerships with industry, national labs and governmental agencies in order to meet the criteria for the grant.

SD Mines' research within CEPS will focus on new materials and electrical engineering research & development; SDSU's will focus on integration with solar; USD's research area is modeling and medical applications and NEU will address in-situ/operando mechanisms.

The NSF criteria also requires that centers secure at least three partnerships with companies per university site; each company contributing $50,000 as a full membership fee. The NSF will match the $50,000 membership fee for the first three industry partners up to $600,000 per year.

Building these business partnerships will prove critical to the success of the planning grant, Smirnova says.

"This will require a lot of time and huge faculty effort," Smirnova says. "It largely depends on the faculty and their ability to become efficient salesmen in pursuing such goals as attracting more studetns, workforce development, and economic growth. CEPS would be a turning point in the state's high-tech status."

NSF also encourages centers like CEPS to partner with national labs, something that will be pursued as well, says Smirnova.

Smirnova says CEPS will become an intellectual property hub for energy storage, and the location in western South Dakota is intentional. "It's location in the center of the country will be a major benefit, making it accessible to other potentially important industries and capabilities around the country and the world," she says.

Smirnova says industries from different segments of economy would greatly benefit from partnerships with CEPS. Among them are battery and automotive companies such as Ford, Tesla, and GM; lithium, cobalt and nickel mining companies; wind and solar manufacturers; electric power companies; and those companies that use battery storage for medical applications.

Industry partners in CEPS will also benefit by having a seat at the Industry Advisory Board, a vote in the CEPS research and development portfolio, the ability to monitor progress in the development of the technology, involvement in the development and approval of CEPS' bylaws and the retainment of non-exclusive licenses to develop products. They will also be helping to train students for future employment, supporting the economic development of South Dakota and supporting sustainable electric power grids, Smirnova says.

NSF will evaluate CEPS' progress during a planning grant meeting September 12-13, 2019. If the requirements are in place and CEPS can show it can attract members from industry, Smirnova will submit a full grant in December, requesting $600,000 per year for 5 years in grant funding for the project, that will be matched 1:1 by industry.

If approved in September for full funding, CEPS will have 10 to 15 years to become self-sustaining before NSF funding is removed.

Smirnova is optimistic about both the future success of CEPS to land industry partnerships and the development of safe, reliable solid state batteries. However, it is an extremely competitive area and success of this effort will depend largely on enthusiasm and engagement, says Smirnova. She's quick to express her gratitude to the offices of SD Mines President Jim Rankin and Vice President of Research Jan Puszynski for their support.

"This is an exciting time for our university," Smirnova says.