GRID Autosport for Nintendo Switch will feature a wide range of control options to let players perform at their best: 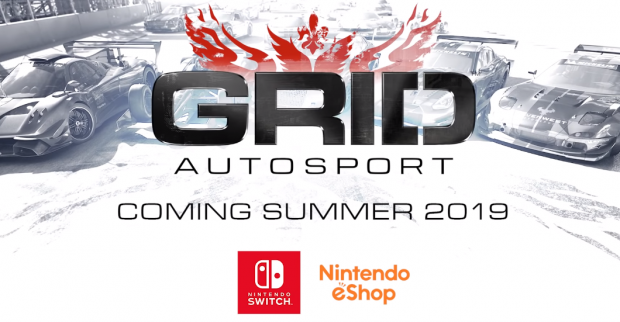 Watch the new Freedom Of Control trailer to see these options in action.

GRID Autosport will be available from the Nintendo eShop this summer.

Feral Interactive is a leading publisher of games for the macOS, Linux, iOS and Android platforms, founded in 1996 and based in London, England. It is responsible for such hits as ROME: Total War for iOS and Android, Tropico and GRID Autosport for iOS, DiRT 4,Total War: WARHAMMER II, Life is Strange: Before the Storm, A Total War Saga: THRONES OF BRITANNIA, Rise of the Tomb Raider, Deus Ex: Mankind Divided, DiRT: Rally, F1 2017, HITMAN, XCOM 2, Alien: Isolation- The Collection, Company of Heroes 2, Middle-earth: Shadow of Mordor GOTY, and Empire: Total War for macOS and Linux, and The LEGO Movie 2 Videogame for macOS. Visit the Feral Interactive website and find us on Twitter or Facebook.