April 1st, 2019 - Gaijin Entertainment invites everyone to take part in EARTH THUNDER, an intergalactic tournament about to begin right now. 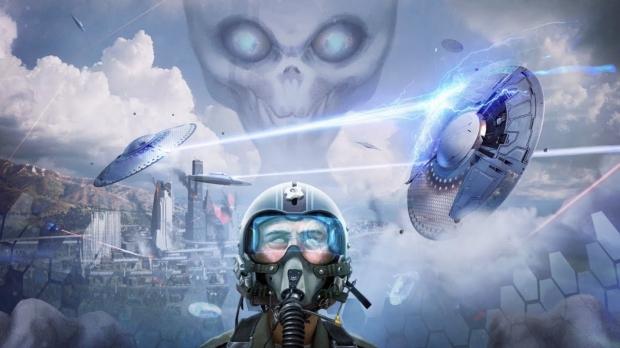 The tournament sees talented cyber-athletes from all corners of the universe take control over one of the galaxy's less advanced civilizations, forcing them to man the Universal Fighting Orbiter and to fight until death for the galaxy's amusement. For the next stage of the tournament, its alien organizers have chosen Earth - and from April 1 until April 5, the flooded city of Green Hills will turn unto the fiercest battlefield of human history.

In EARTH THUNDER, you will have to fight in three elements: In the Air, on land, and beneath the sea. The Universal Fighting Orbiter (UFO), which all participants are equipped with, automatically adapts its capabilities to the surrounding environment.

To win a match in EARTH THUNDER, a team needs to destroy all enemy UFOs or capture and maintain control over checkpoints in the air, on land and below the sea. If you want to participate, you better hurry - the number of available pilots is limited by the remaining population of Green Hills!

Read more about the tournament on the War Thunder website: http://warthunder.com

War Thunder is a free-to-play, cross-platform, massively multiplayer military masterpiece with millions of fans worldwide, that allows players on PC, PlayStation 4, Xbox One, Mac and Linux to fight their way across air, land, and sea in the same battlefield. War Thunder offers 1,200+ playable aircraft, armored vehicles and ships from the early 1930s to the Cold War, including attack helicopters and ground vehicles from the 1960s and 1990s that feature technologies typical for modern vehicle construction.

Gaijin Entertainment is the developer and publisher of the online games War Thunder, Crossout and Star Conflict as well as PC, Mac, Linux, PS4, PS3, Xbox One, Xbox 360, iOS and Android titles across several genres. The company's diverse portfolio has received a range of mass media and game industry awards including such as KRI Awards, Gamescom Award and many more. Official website: http://gaijinent.com/