For those who don't know much about Amplitude Studios, we're a studio known for our stellar strategy games, community-centric approach to development. Most of all, we're known for the Endless Universe, a storied sci-fi fantasy galaxy. 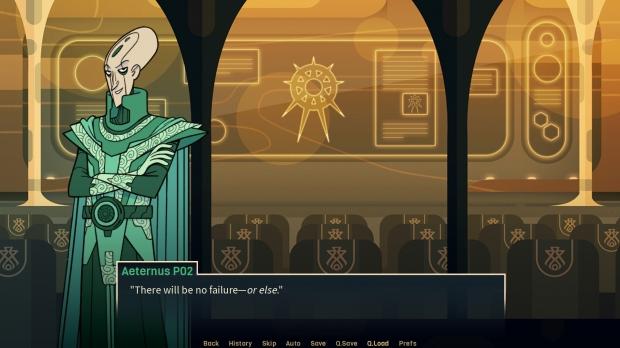 It's usually pretty serious stuff, but with Horatio, we let ourselves loose. He's a bored trillionaire, eccentric in his looks as well as his tastes, and narcissistic in the extreme. Unable to resist the urge to beautify the galaxy, he is on lifelong quest to populate the universe with, naturally, clones of himself. We eventually got wondering, what would it be like to be one of Him, searching for a purpose (or soulmate...) in life?

Horatio's perfection and narcissism are a running joke within the community. Last year for April Fool's day we decided to fake the announcement of Horatioful Boyfriend, a visual novel about exactly what you'd expect. The joke blew up and a "Horatio Dating Sim" is now the most often requested game among our community.

Never ones to shy away from crazy ideas, we kept thinking about it, until one day, a small team sat down and thought: what if we did this for real? A game that would be fun even if you didn't know the universe, and would only get better the more you knew about it? How awesome would that be? The process had begun...

Whether or not you're already a fan, now is the time to discover the Endless universe!

Part 1 of "Love Thyself: A Horatio Story" is available now on Steam for FREE. + Check back later this Spring for the (also free) Part 2!

In a society where everyone is a clone of the Emperor, can you survive long enough to find out who you truly are?

Plunge forehead-first into the exhilarating world of Horatio, the Endless galaxy's most perfect being. Experience life as a freshly-decanted Horatio clone on his first day of cadet school. Will you be the obedient servant of the great forehead in the sky? Will you manage to woo one four uniquely identical Horatio clones? Or will you skirt the line of disobedience and risk the wrath of the gene-splicer-in-chief? Prepare for part 1 of the ultimate self-love adventure for a new generation.

Horatio has high expectations for you. What are you waiting for?