A ridiculous turn-based combat game, Warriors: Rise to Glory receives a new patch this week that introduces German localization, new entertaining moves, a slew of new and creative ways to rain devastation down on your enemies and more! In the past year in Early Access on Steam, Warriors: Rise to Glory has regularly added massive new content updates - new quests, new play modes, controller support, cinematic controls, a global leaderboard, a hall of fame, a new tournament with a challenging boss fight and a LOT more humor - and enjoys a very positive user rating, so there is something for the cheeky little warrior in us all. 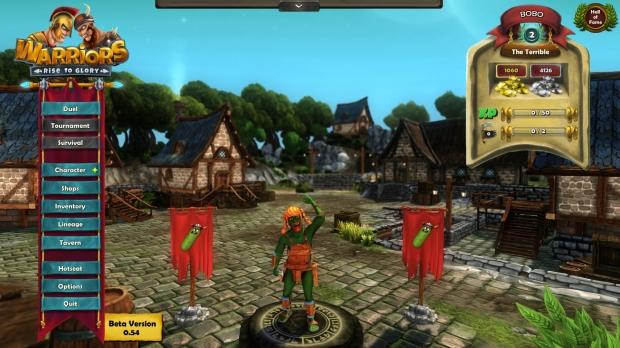 "As we move along toward our commercial launch which will include various online multiplayer modes, we are extremely pleased with how Warriors: Rise to Glory! is coming along and with its reception amongst players so far,'' said Shay Shem-Tov, one of the Co-Founders from Gavra Games. "If you haven't played the game yet grab it next week when it goes on sale on Steam to get in on the hilariously intense action"!

About Warriors: Rise to Glory

The mad emperor Ayziz reigns over the realm of Indiekingdom with an iron fist because, well... that's what mad emperors do! Ayziz uses his dark powers to open a portal to different time periods and places across the multiverse, teleporting thousands of warriors (which due to budget cuts all look alike) to fight against each other in his pits and arenas for his sick, twisted amusement (did we mention he is mad?).

You were a great chieftain in your land, ruling with honor and justice when one day you were sucked into a dark portal in the sky, landing nearly butt-naked, alone and more than a little angry, to Ayziz's realm. Swearing vengeance, you vow to rise to glory and return home to your family and clan. Becoming the ultimate warrior sometimes requires fighting to the death against fierce, merciless murderers, and sometimes all it takes is humiliating your poor opponents with over-the-top methods in front of a blood-thirsty crowd!

Warriors: Rise to Glory!, is available on Steam Early Access for $9.99 / 9.99 / 7.99. The current version of the game includes a single player campaign with survival mode, a mini game, local multiplayer and more. In the run up to commercial launch Warriors: Rise to Glory will continue to receive major new updates with new content and features, including new bosses, weapons, armors, a deeper single-player campaign and online multiplayer combats. The goal of Early Access is to gather feedback from the Steam community to help shape and improve the game until it reaches its full potential. 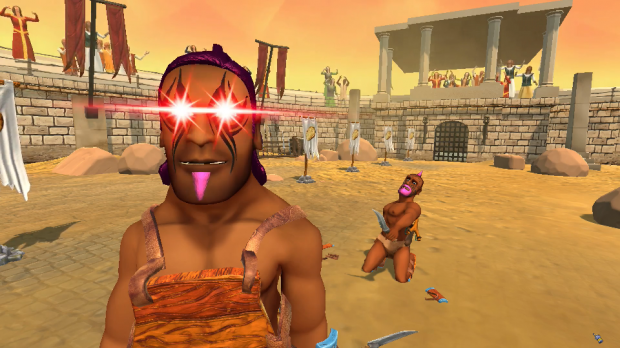 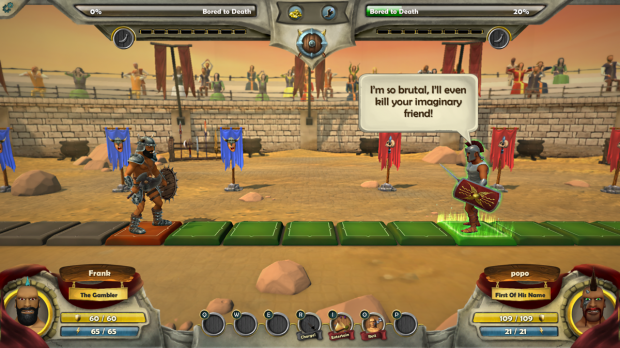 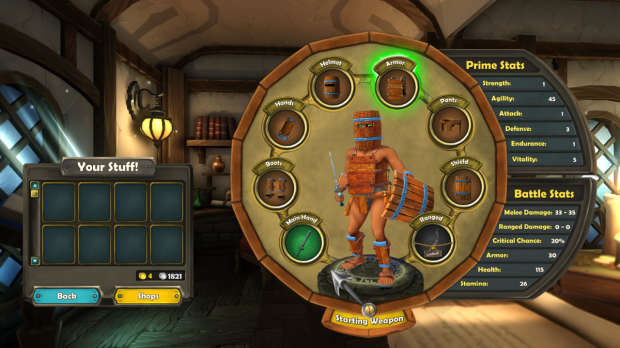