MONTREAL, CANADA (MARCH 27, 2019) - Award-winning Independent game developer and interactive digital media studio PLAYMIND today announced that an expanded edition of their psychological horror game The Inner Friend will release on PlayStation 4 and Xbox One this summer. The Inner Friend unlocks the doorway to the subconscious, inviting players to conquer gruesome beings and nightmares materialized from mental anguish. This emotional and narrative-driven experience is inspired by the works of psychologist Carl Jung and the filmography of Stanley Kubrick.

PLAYMIND will premier The Inner Friend on consoles at the PAX East 2019 Indie MEGABOOTH in Boston, Massachusetts this week alongside seventy-seven other must-see games. 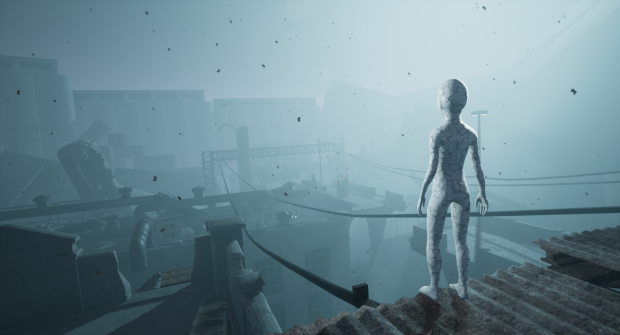 "Everyone at PLAYMIND is thrilled to finally bring The Inner Friend to PlayStation 4 and Xbox One," said Emmanuel Sevigny, founder of PLAYMIND. "We used the time between the game's PC and console release to expand the story of The Inner Friend in an exciting way, and it's up to players to uncover more of the mystery in order to find answers. Fans of the surreal and avant-garde will see that the game is worth the wait!" 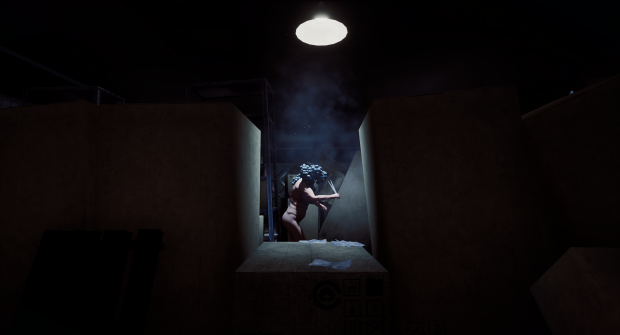 The Inner Friend features a rich and abstract visual environment supported by an immersive ambient soundscape and a cinematic soundtrack that enhances immersion and storytelling. Movement, imagery, and music are the primary methods in which the player interacts with the Shadow, their guide throughout the descent into the uncharted parts of the subconscious mind. There are many obstacles and puzzles to solve, themed after childhood games but made far more sinister. The Inner Friend on consoles brings with it a new unlockable epilogue, sharing more from the game's mysterious world.

Themed after psychologist Carl Jung's concept of katabasis - the descent into one's own self - '80s horror pop culture staples such as Poltergeist, and the filmography of Stanley Kubrick, The Inner Friend explores complex emotional themes and the childhood psychology surrounding coping mechanisms to overcome traumatic experiences. The Inner Friend's lead designer and writer Sabrina Calvo is an award-winning author and child educator. The game's narrative uniquely features no dialogue or text, tasking players with piecing the story together through exploration and observation. 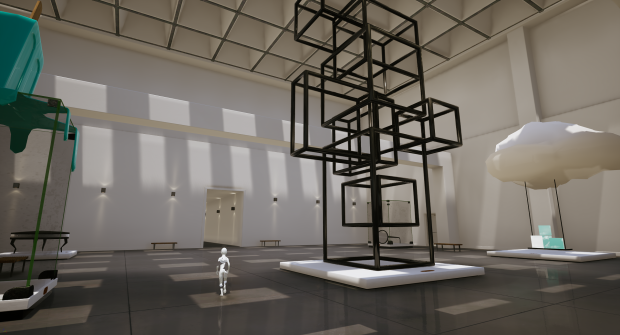 PLAYMIND will be in attendance at PAX East 2019 in Boston, Massachusetts at the Boston Convention and Exhibition Center from March 27 - March 31, 2019, with the first playable version of The Inner Friend on consoles. Attendees can go hands-on with the game at the Indie MEGABOOTH (Booth #15085).

For more information about The Inner Friend, please visit http://theinnerfriend.com.

A full press kit with screenshots, trailer, and logos is available here: http://uberstrategist.link/InnerFriend-PressKit.

PLAYMIND is a gaming and digital media studio that has an accurate perception of the ever-changing digital culture. For more than 15 years, PLAYMIND has specialized in the design and development of digital media. The studio combines strategic analysis and prototypes using cutting edge technologies to create strong immersive experiences. PLAYMIND focuses on mobile, VR, AR, console and event-based video games, on digital interactions and immersive environments for advertising, museums, events, world fairs, and performances. PLAYMIND released its first original IP game called The Inner Friend in 2018 on Windows PC, with the console release planned for PlayStation 4 and Xbox One in summer 2019. For more information, please visit http://playmind.com.