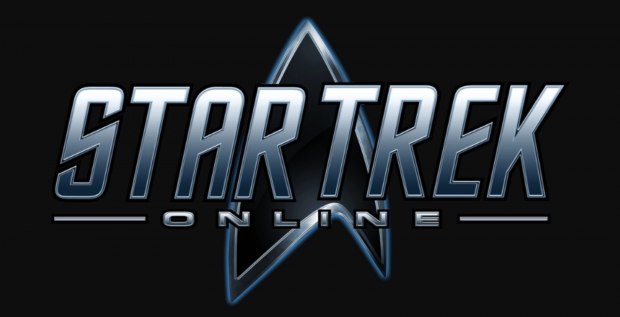 Console players can download the latest update for the free-to-play Star Trek MMORPG and uncover the fate of the Terran Empire's Captain Killy (voiced by Mary Wiseman ) from the popular CBS television series, Star Trek: Discovery. Xbox One and PlayStation 4 players now have the opportunity to take on the leader of the I.S.S. Discovery herself in brand new missions, which all take place in the universe of Star Trek: Discovery. Mirror of Discovery also introduces an exciting update to the Task Force Operation System and special challenges to celebrate the anniversary of Star Trek Online.

In true Star Trek Online fashion, Mirror of Discovery expands on a pivotal story that was briefly touched on in Star Trek: Discovery. Captain Killy was introduced during the show's first season, when the crew of the U.S.S. Discovery crossed paths with the Terran Empire and first learned of the cruel Mirror version of Starfleet's Sylvia Tilly. Though fans had the opportunity to watch Tilly emulate the character, the real Killy never appeared on the small screen, marking Mirror of Discovery as her official debut.

In the first chapter of the continuing saga, Age of Discovery, players teamed up with Ensign Sylvia Tilly in the midst of a brutal war with Klingon forces. The journey continues with Mirror of Discovery, as Starfleet officers travel to the mysterious forest planet of Pahvo to investigate an unusual disturbance. An intense ion storm has enveloped the planet, somehow transporting a group of wanderers from another time period.

Among these survivors is Captain Sylvia "Killy" Tilly, from the Terran Empire, who slaughtered her way into the captain's seat of the I.S.S Discovery. Up until this point, it was assumed that the starship was destroyed by the Klingons at the same time that Starfleet's U.S.S. Discovery crossed into the Mirror Universe. The fate of Pahvo now lies in the hands of the Federation, who must stop Captain Killy and her remaining crew members from annihilating the planet.

These events all transpire across all-new missions featured in Mirror of Discovery. A full list of content introduced with today's console update includes:

In the weeks following the launch, an update will also be made to the Personal Endeavor System on Xbox One and PlayStation 4. Captains who enjoy the game's Endeavor System will be able to complete unique daily challenges to earn account-wide performance boosts in a wide variety of combat mechanics. In addition, console players will soon be able to participate in Pahvo Dissension, a new Featured Task Force Operation that sends captains back to the planet of Pahvo to deal with the aftermath of Mirror of Discovery.

Star Trek Online is teaming up with For Fans By Fans for a Star Trek Fan Forge, the Mirror of Discovery Challenge. Participants can submit fan art for a chance to have their design featured on officially licensed merchandise. All entrants will receive special in-game prizing for Star Trek Online on PC and the top 5 designers will be granted an exclusive title and code to unlock the Discovery Operations Bundle. For additional details, please visit https://www.forfansbyfans.com/feature/star-trek-fan-forge-825.html

Catch up on the second season of Star Trek: Discovery by watching the series online through CBS All Access (https://www.cbs.com/shows/star-trek-discovery/).

Star Trek Online is a free-to-play massively multiplayer online game that allows players to explore the Star Trek universe from within. Players can forge their own destiny as Captain of a Federation starship, champion the Empire through the far reaches of the galaxy as a Klingon Warrior, rebuild the Romulan legacy as the commander of a Romulan Republic Warbird or carry out daring missions on behalf of the Dominion as a Jem'Hadar soldier. Captains can also explore iconic locations from the Star Trek universe, make contact with new alien species and battle alongside other players in customizable starships. Star Trek Online is currently available on PC, PlayStation 4 and Xbox One.