Thunderful is happy to reveal that PlayStation VR exclusive Ghost Giant from Zoink will launch digitally on April 16th. The physical version published by Perp Games is slated for a global release from April 19th! 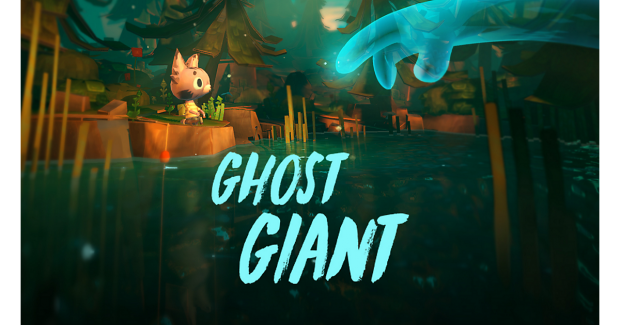 Originally revealed during E3, this is one of the most highly sought after PlayStation VR exclusive titles of the year. Ghost Giant comes from the developers behind Stick it to the Man, Fe, and Flipping Death.

This exciting puzzle adventure filled with warmth and charm sees a lonely boy named Louis befriend a giant ghost visible only to him. As the Ghost Giant, you'll have to carefully build trust with Louis and help him through small, big and sometimes overwhelmingly huge obstacles, discovering the true meaning of friendship along the way.

Ghost Giant has already received critical acclaim from various outlets, with Tech Radar calling it a 'Beautifully designed game' Comic Book saying it's 'the most promising looking PSVR game' and VR Focus saying Ghost Giant is 'a wonderful Toyland Adventure' and 'one of the standout VR titles of E3'.

As the Ghost Giant, you will get to explore the world of Sancourt, helping its citizens with all manner of day to day problems by using your size and strength. Ghost Giant offers a unique, crafty-looking dollhouse world which can be manipulated in multiple ways and is full of hidden secrets.

Zoink's aim with Ghost Giant is to recreate the feel of exploring a doll's house in VR by lifting furniture off the roof and playing around with trinkets and furniture inside, while also giving players a purpose and sense of scale to deliver something truly special and memorable. You're not just a manipulator from outside the screen, you're really in there, participating in Louis' world and being recognized by him as his friend.