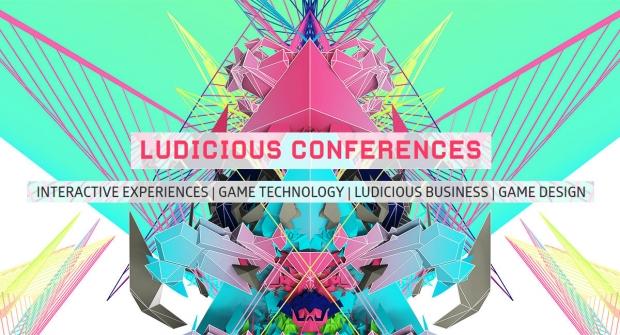 The speakers are part of the game developer conference taking place during the festival in January 2019. Forty speakers will offer sixty insightful presentations and workshops over three days.

"We are delighted to announce our first speakers. They have an excellent worldwide reputation and between them cover the full spectrum of the game industry; from art & game design to PR, marketing and business; and from games culture to community work & self-publishing. Our guests will share their experience and knowledge on stage, and - more importantly - directly with our audience in a variety of personal conversations, workshops and roundtables. That's what Ludicious stands for: exchange of knowledge at eye level and building trust in professional relationships".

Robin Hunicke is the Co-Founder and CEO of the independent game studio Funomena. The studio creates experimental games for Console, PC, VR & AR platforms including the award-winning, IGF-Nominated VR fairytale "Luna", and the highly anticipated collaboration with Keita Takahashi, "Wattam". Hunicke has been designing and developing games for over 15 years. She has put her name on the map as the producer for the PlayStation title "Journey" or with a collaboration with Steven Spielberg for "Boom Blox". She also worked on "MySims" and "The Sims 2". Hunicke was named as one of the top ten most influential Women in Games this year by PC Magazine.

She is an outspoken evangelist for increasing the participation of women and under-represented minorities within the Arts, Games & Tech. In addition to her foundational work on the Indie Game Jam, the Global Game Jam and the IGDA Education SIG, Hunicke volunteers in support of Amplifying New Voices, PlaySFMOMA, Google Made with Code, Girls Make Games, just to name a few.

She is also tenured at UC Santa Cruz, where she directs the Art, Games & Playable Media BA, and the Digital Art and New Media MFA program.

Richard Lemarchand is a game designer, educator and consultant. Working at Naughty Dog he led or co-led the game design of all three PlayStation 3 games in the "Uncharted" series. He also helped to create the game series "Gex" and "Soul Reaver" at Crystal Dynamics. Lemarchand is now an Associate Professor in the USC Games program, working out of the Interactive Media & Games Division of the University of Southern California's School of Cinematic Arts. He is also known for hosting the GDC microtalks and #gdcfeet.

Mikael Haveri is Head of Self Publishing at the renowned finnish game studio Housemarque, famous for titles like "Nex Machina", "Resogun", "Alienation" or the "Stardust" series for instance. With 30 years of expertise in arcade gaming, Housemarque has changed its focus towards the production of multiplayer titles, given the rise of other studios' games in the genre such as "PlayerUnknown's Battlegrounds" and "Fortnite" and changing consumer behaviour. Housemarque calls its public discourse "Arcade is Dead".

Anita Sarkeesian is an award-winning media critic and the creator and executive director of Feminist Frequency, an educational nonprofit that explores the representations of women in pop culture narratives. Her work focuses on deconstructing the stereotypes and tropes associated with women in popular culture, as well as highlighting issues surrounding the targeted harassment of women in online and gaming spaces.

Sarkeesian has been a panelist at the United Nations and been a guest speaker at various fan, media and technology conferences. She has featured in Wired, The Guardian, Rolling Stone, The Wall Street Journal, The New York Times and The Colbert Report. She was named one of TIME's 100 most influential people in the world in 2015 and was the recipient of the 2014 Game Developers Choice Ambassador Award. In 2016 she was awarded an honorary PhD from The New School in New York City.

Thomas Bidaux has been actively involved in the operations and the development of online games since 1999, making him one of the most experienced professionals in that sector. In 2004, he set up the European subsidiary of the online game giant NCsoft in the UK. He then led the company's efforts to expand its game portfolio with European-based development through various third party deals and the creation of a Brighton-based studio.

Since 2008, Bidaux manages his consulting agency, ICO Partners. The company supports small and large video game creators with their online strategies as well as their approach to the European market. Since 2012, Bidaux has been involved in many crowdfunding campaigns and has been sharing useful in-depth data and trends about the phenomenon.

The Ludicious conference is part of the Ludicious Festival, taking place from January 31st to February 3rd 2019 at the Zeughaushof in Zurich. Tickets are available at an Early Bird rate until November 30th, 2018 at ludicious.ch/tickets.