EK Water Blocks, Slovenia based premium liquid cooling gear manufacturer, is proud to introduce full-cover liquid cooling solution for NVIDIA GeForce GTX 1080 series video cards, based on Pascal GP104 graphics processor. EK-FC1080 GTX is a new Full-Cover water block, designed for NVIDIA GeForce GTX 1080 Founders Edition video cards. The block comes in four different variations and each of them directly cools the GPU, RAM as well as VRM (voltage regulation module) as water flows directly over these critical areas, thus allowing the video card and its VRM to remain stable under high overclocks. Performance-wise all variants of the block are the same, the only difference being the overall aesthetics. Each EK-FC1080 GTX water block covers the entire PCB of the card and with the corresponding retention backplate, users get visually stunning GPU in their system. 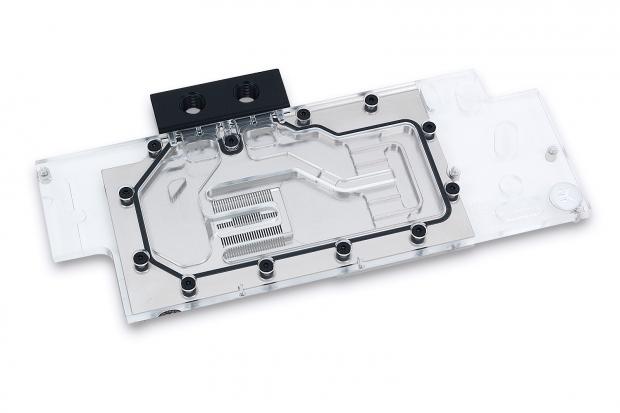 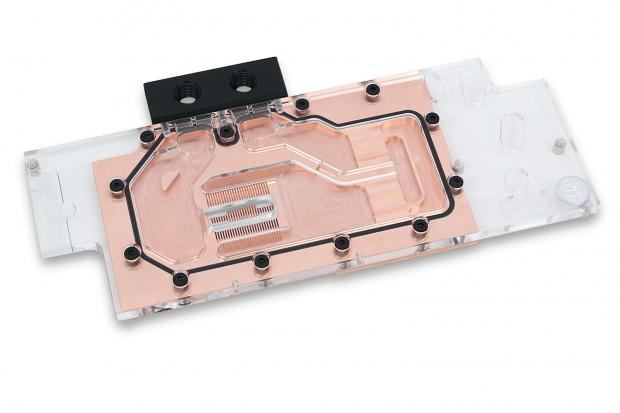 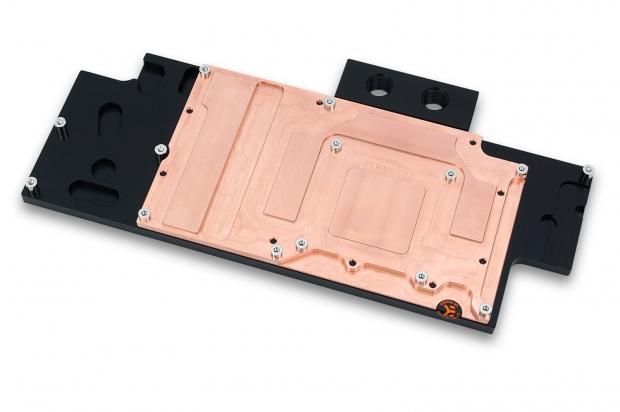 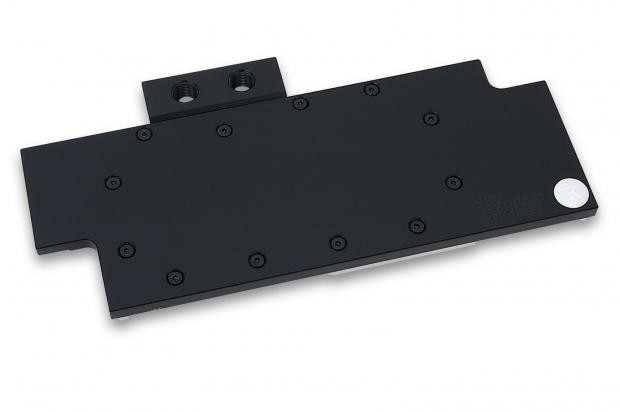 EK-FC1080 GTX water blocks are made in Slovenia, Europe and will be available for purchase through EK Webshop and Partner Reseller Network on Friday, 27th of May, 2016. An aesthetic retention backplates, which also cool the memory IC on the backside of the circuit board, will also become available for separate purchase. In the table below you can find the MSRP with VAT included: 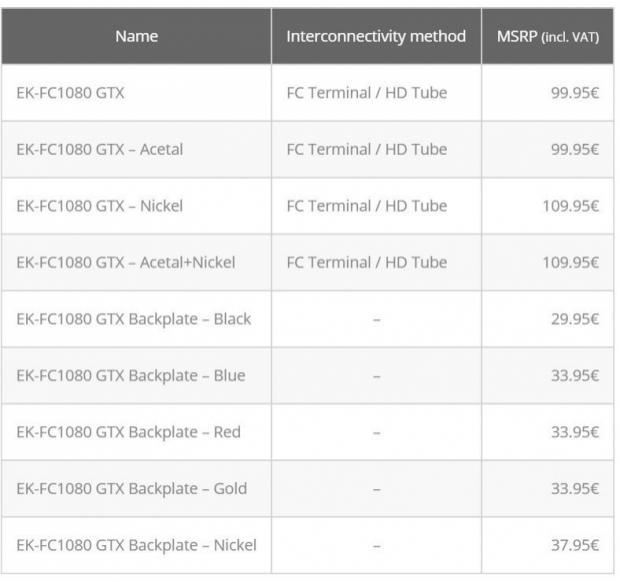