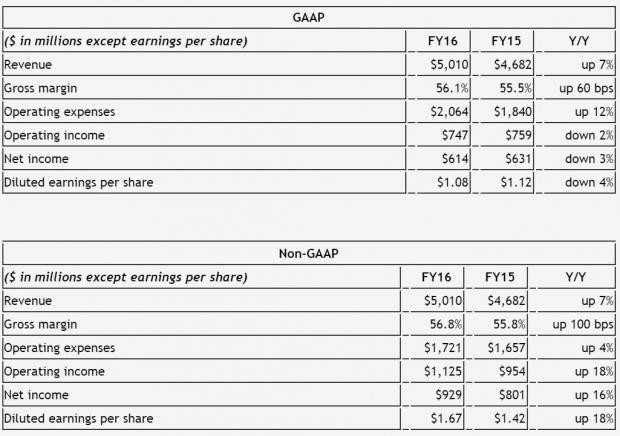 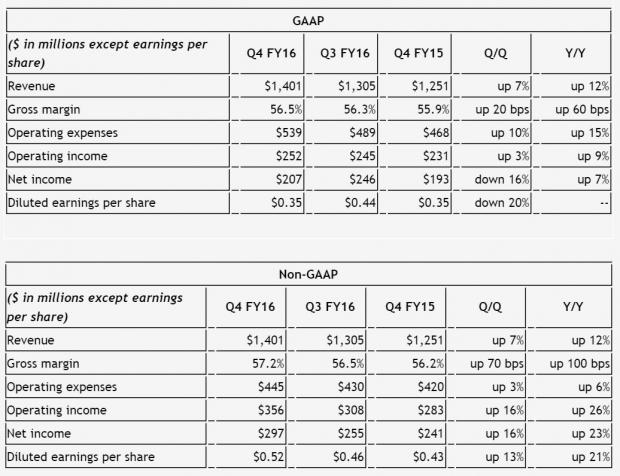 GAAP earnings per diluted share for the full year were $1.08, inclusive of restructuring charges of $0.15 per diluted share. Non-GAAP earnings per diluted share were $1.67, up 18 percent from $1.42 a year earlier. "We had another record quarter, capping a record year," said Jen-Hsun Huang, co-founder and chief executive officer, NVIDIA. "Our strategy is to create specialized accelerated computing platforms for large growth markets that demand the 10x boost in performance we offer. Each platform leverages our focused investment in building the world's most advanced GPU technology.

"NVIDIA is at the center of four exciting growth opportunities -- PC gaming, VR, deep learning, and self-driving cars. We are especially excited about deep learning, a breakthrough in artificial intelligence algorithms that takes advantage of our GPU's ability to process data simultaneously. "Deep learning is a new computing model that teaches computers to find patterns and make predictions, extracting powerful insights from massive quantities of data. We are working with thousands of companies that are applying the power of deep learning in fields ranging from life sciences and financial services to the Internet of Things," he said.

NVIDIA's outlook for the first quarter of fiscal 2017 is as follows:

During the fourth quarter, NVIDIA achieved progress in each of its platforms.