All the latest electric cars (EV) and ICE cars news covering new and upcoming releases and technologies to hit the market - Page 63.

This is something I didn't think I'd be typing, but Toyota has been working on a car that runs on your poop. The company has turned human waste into renewable hydrogen fuel to power its new electric car. 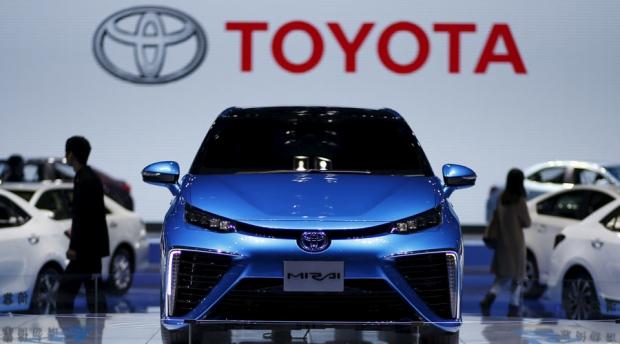 Toyota is now producing the human waste-based fuel in a wastewater treatment plant in Fukuoka, Japan. How does it work? The sewage is separated into solids and liquid, with the solid waste called sewage sludge. In order to break down the solid waste, microorganisms are added, creating a biogas - which is around 60% methane, and 40% carbon dioxide. 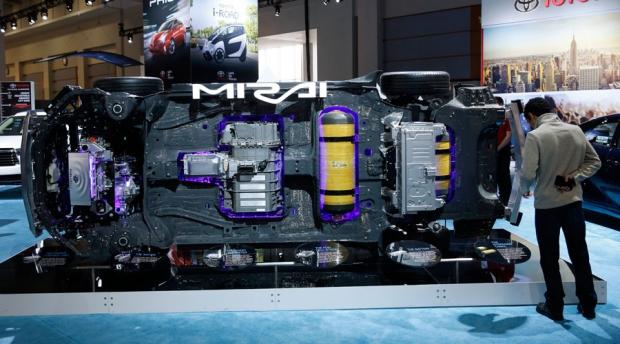 After that, the CO₂ is filtered out and water vapor is added, creating hydrogen and more CO₂, reports RT. The remaining CO₂ is removed, resulting in pure hydrogen - from poop. It's not a quick process, with the Fukuoka plant pumping away 300kg of hydrogen per day, which is enough to power 65 of the new Mirai electric vehicles. The plant has the production facilities to fuel 600 cars per day, if all of the biogas they produced was converted to hydrogen.

The electric car market is heating up, but the mainstream market needs to adopt them, and won't do that until they begin appearing for less than $50,000 - and much less. Chevrolet's upcoming Chevy Bolt electric vehicle will be priced starting at $29,995 after a federal tax credit of $7,500. 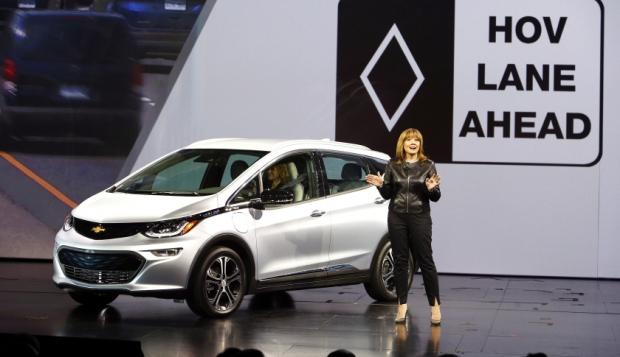 General Motors announced the news that its first electric car will be capable of over 200 miles on a single charge, for under $30K. Future owners of the Chevy Bolt will have to pay at least $7,500 in federal income tax in order to be eligible for the full tax credit, as it's not a refundable purchase, reports The Verge.

Before the credit, the Chevy Bolt will cost $37,495 for the LT trim model, while the higher-end Premium trim starts at $40,905. The base trim features a bunch of standards like 10.2-inch touchscreen, a 60kWh battery that should have you driving around 238 miles, and a powertrain that pushes out 200 horsepower, and 266 pound-feet of torque.

Apple has reportedly made swift changes to its Project Titan car project, with sources of The New York Times stating "dozens" of layoffs have taken place. 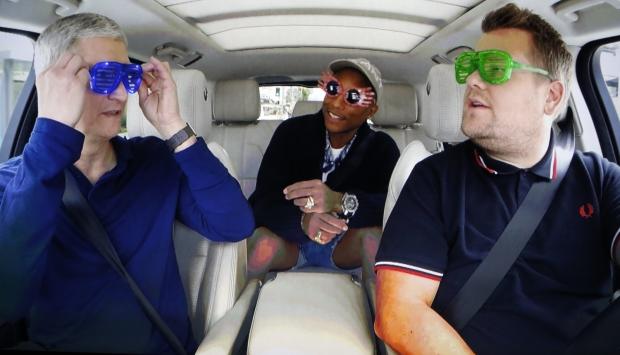 The New York Times isn't the only outlet with information, with a Bloomberg report stating that under new leadership with Bob Mansfield, Apple's focus on the automotive industry has changed from its own car, to just autonomous driving technology. The NYT reports that the layoffs were internally pushed as being part of a reboot of the project, while Apple works out what it wants to do.

Apple has been ripping employees away from the likes of Tesla and EV battery makers, so these new plans might leave some of those staff who left their jobs out in the lurch.

Almost four months after being spotted in Pittsburgh, Pennsylvania, self-driving Uber cars have shown up in the streets of San Francisco, California, according to an SFist report.

The vehicles in question sport the sensor array and Uber ATC logo, indicating they are the real deal.

The company is not publicly listed as having a testing permit in the state, so either a permit has been required very recently and the information has not been updated, or it's circumventing laws, as it's been known to do before. Uber declined to comment on the reports.

Volkswagen has been in the headlines throughout 2016 for all of the wrong reasons, but the German automotive giant has just te ased that it will be pushing into electric vehicles in a big way in the future. 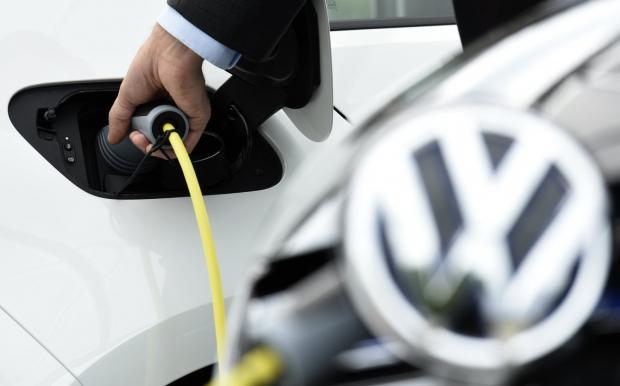 The company has just teased its first next-gen electric vehicle, with VW set to officially debut the EV at the Paris motor show in October. VW promises a Golf-like sized electric vehicle with an interior that is similar to the Passat, with recharge speeds on the battery being rather impressive - just 15 minutes of charge will provide around 300 miles of driving.

VW Group CEO Matthias Müller confirmed the news with Autocar, adding that the price tag would be lower than a comparable combustion engine vehicle. Volkswagen should have the EV on the road towards the end of 2018, or early-2019, but we might not see it released in a global way until 2025.

Tesla has just announced a new, even faster version of its Model S electric vehicle; the P100D. The new P100D is capable of going from 0-60mph in just 2.5 seconds, with Tesla adding its the third-fastest production car ever. The only ones that beat it are the Ferrari LaFerrari, which costs a huge $1.4 million, and the Porsche 918 Spyder, which costs $845,000. 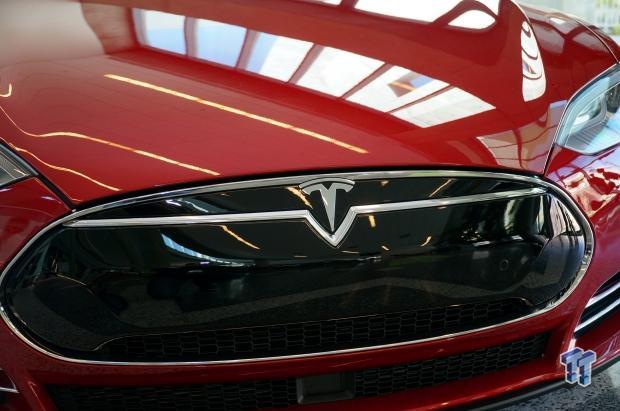 Tesla's new P100D starts at only $135,000 and it's quicker than a huge list of expensive cars, something that most people wouldn't have thought was possible a few years ago. The new P100D has a range of 315 miles, up from the 294 miles on the 90kWh battery, an increase of around 7%. The new Model X P100D is capable of 289 miles, up from 250 miles on the previous Model X P90D. The larger battery will be made available exclusively for the all-wheel drive model with the Ludicrous Mode option.

There are small changes and improvements with the P100D, including some upgrades made to the wiring harness and other small differences, but the drivetrain remains the same. The new 100kWh battery uses the same cell technology, but Tesla executives have teased the advancements in the battery pack technology being a leap in itself. Tesla CTO JB Straubel explains: "It's a pretty big change in the battery module and pack technology. It's a complete redo on the cooling architecture".

Tesla is in the headlines again with another Model S owner experiencing an Autopilot hiccup, where Model S owner Mark Molthan enabling Autopilot on the highway in "ideal weather conditions", reports BGR - but during a bend in the road, the Model S didn't adjust for the turn, slamming into a guard rail. 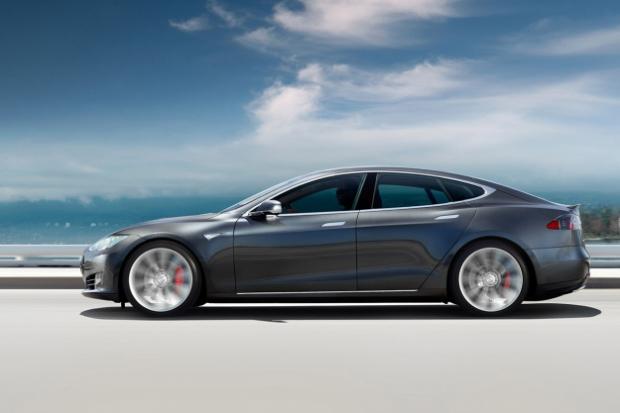 Bloomberg reported that Molthan said in the seconds leading up to the crash, he reached into his glove compartment to get a piece of cloth to clean his dash - you know, as you do when the car is in autonomous mode, you can do stuff. With the Autopilot mode enabled, you're meant to have your hands close to the wheel in case of emergencies - but this was just a few seconds. Also, you'd think that having Autopilot enabled, it would've been able to detect a simple turn - and it didn't, imagine if that was another car or a guard rail next to a cliff.

Molthan said: "I used Autopilot all the time on that stretch of the highway, but now I feel like this is extremely dangerous. It gives you a false sense of security. I'm not ready to be a test pilot. It missed the curve and drove straight into the guardrail. The car didn't stop - it actually continued to accelerate after the first impact into the guardrail".

Ford says it will have a fully autonomous car in 2021

Ford has announced plans to have a fully autonomous car on the road by 2021, which will be used in a ride sharing service. Ford CEO Mark Fields said that autonomous cars will be just as important to Ford as the assembly line. The company says there will be no steering wheel, no gas or brake pedals will be found in the fully autonomous car.

Fields said: "We're designing the first generation of autonomous vehicles specifically for ride sharing and ride hailing", and elaborated during the event "today we're no longer just an auto company, we're also a mobility company." Ford isn't putting all of its focus into autonomous cars, with its regular vehicles still being manufactured and sold, instead the company is seeing the value in the future of autonomous cars and is deciding to put large resources into it.

Ford CTO Raj Nair said that instead of the company overthinking the smaller steps into autonomous technology and instead head first, "We abandoned the stepping stones of driver assist technologies and decided to take the full leap to fully autonomous," explains Nair. He added that Ford will have three times its development fleet by the end of the year, from 10 to 30 vehicles, to 90 vehicles in the next year.

Nair said that it will be a few years before Ford's autonomous ride sharing service goes live, and a few years after that the fully autonomous vehicles will go up for sale. Ford has a five-year plan that sees fully autonomous cars on the road, something the company started work on four years ago. Ford's Vice President of Research adn Advanced Engeering, Ken Washington, said: "We've been at this for a long time and it gradually became apparent to us that the stepping stone approach was not going to work". Will Ford work with other companies on its ride sharing service? Fields added: "We may do things on our own. We may partner with others".

Continue reading: Ford says it will have a fully autonomous car in 2021 (full post)

Tesla owner has a heart attack, Autopilot saves his life 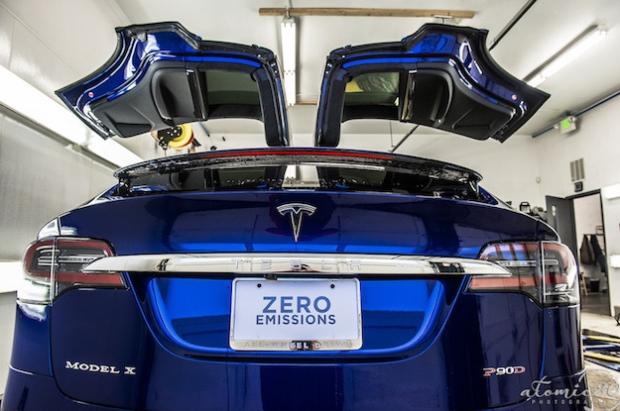 Joshua Neally from Branson, Missouri was driving his Model X electric car when the Autopilot feature helped him get to a hospital without crashing his car, or worse. Slate reports: "Neally was about 5 miles out of Springfield, near a set of interchanges just beginning to clog with merging vehicles, when he felt something coil and stiffen in his abdomen. At first he thought it was a pulled muscle. But the pain forked upward from his stomach, he said, until it felt like "a steel pole through my chest." When it refused to subside, Neally remembers calling his wife and agreeing through gasps that he should probably go to the emergency room".

When Neally experienced the pain, he was quick to react by enabling the Model X's Autopilot technology, which helped him get through the heavy traffic. Tesla's autonomous driving technology only works on highways for now, so Neally needed to drive the shorter distance to the hospital, while Autopilot handled over 20 miles of highway driving.

Tesla working on tech that will 'blow people's minds'

Tesla founder Elon Musk has said that the company is working on some exciting stuff in its autonomous technology sector, with Musk saying: "Full autonomy is going to come a lot faster than anyone thinks it will. And what we've got coming is going to blow people's minds. I mean, it blows my mind". 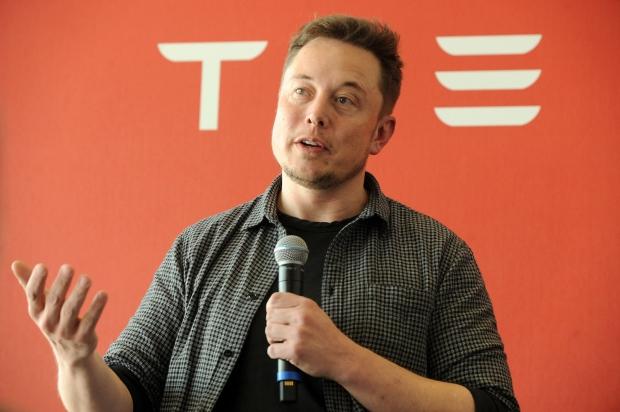 Tesla's upcoming Model 3 is planned to hit the production line on July 1, 2017 but it might get pushed back a few weeks or a month through issues with suppliers.