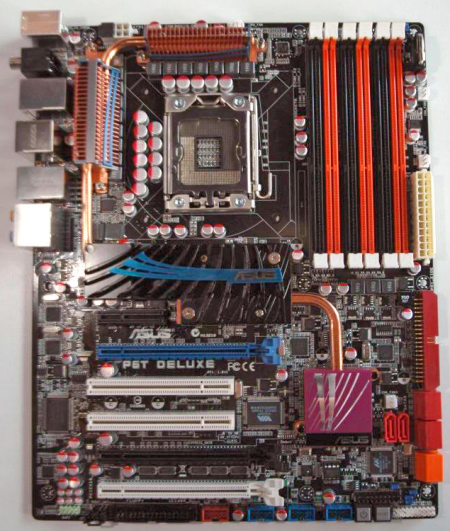 This is the chipset, of course, that will power Intel's upcoming Socket 1366 Core i7 Nehalem processors and included some fancy features such as Triple Channel memory and Turbo Mode overclocking. 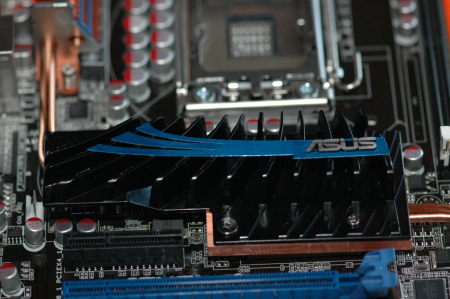 Our colleagues over at Custom PC were lucky enough to get a good close up look at the P6T Deluxe and have posted many pictures and details about the product here for all to see.

Our friends over at PCGH in Germany (link translated from German to English by Google) also managed to get the same nice treatment from the local ASUS PR reps over in that part of the world.

We might just get lucky ourselves shortly and be able to show some shots of another brand X58 motherboard - stay tuned!