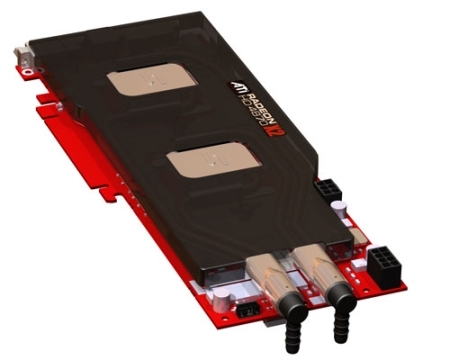 Figures quoted in the company's press release express, that liquid cooled parts were able to reach GPU clock speed peaks of 880 MHz, that being an increase of 13.5% over stock values whilst additionally, GDDR5 memory speeds weren't left by the quayside, with 1000 MHz (QDR) speeds reportedly being reached.

Improved cooling and, thereby overclocking potential, actually translates into performance gains too, according to CoolIT. The company reports that an increase of over 10% in the 3D Mark Vantage scores achievable, is a theme it saw through its testing.

Whilst pricing information is unavailable at the time of going to press, expect CoolIT's take on cooling the HD 4870 X2, liquid cooling style, to become available in September.
Newsletter Subscription