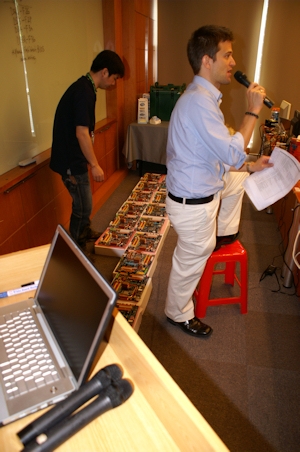 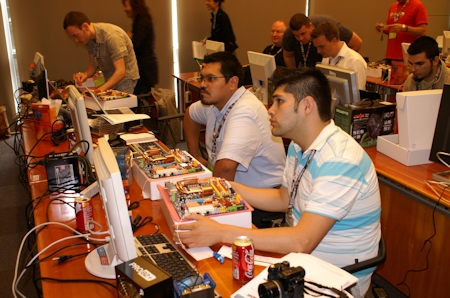 There is a range of memory from the likes of A-DATA, OCZ, Patriot, Kingston and probably others. Some dodgy old monitors that are causing some headaches (for Lars). Everyone is setting up their systems now - around me I can see a bunch of BIOS screens and many screens not even on at this stage. It's an amazing event which Gigabyte is attempting to pull off with around 40 test systems prepared for media from all around the world. The question is, who is going to be first to blow something up? As you will see from the shots shortly, Gigabyte is not only offering water cooling for those interested but also dry ice. 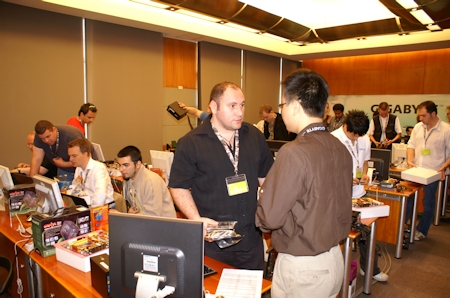 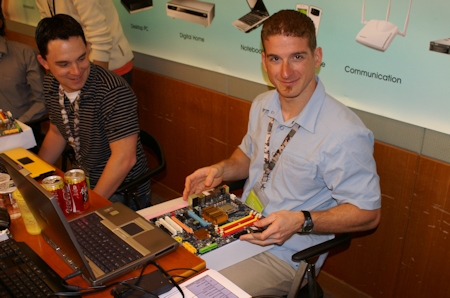 While Lars is attempting to get his system up and running right next to me, I'll be covering the events as they happen here at the Gigabyte HQ meeting room. If anyone sets fire to anything or manages to OC through the roof, you'll see it here today and tomorrow. 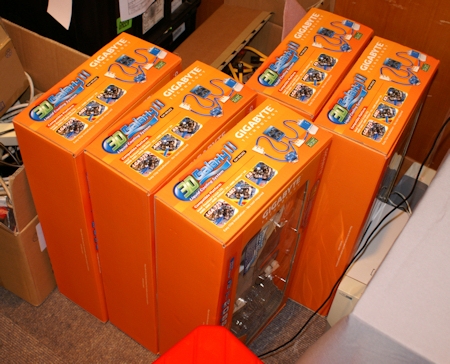 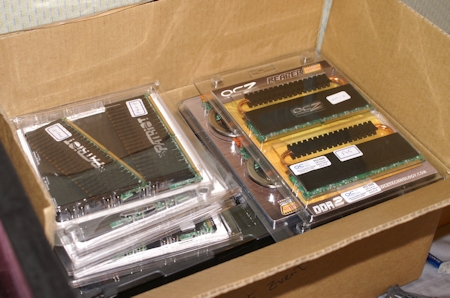 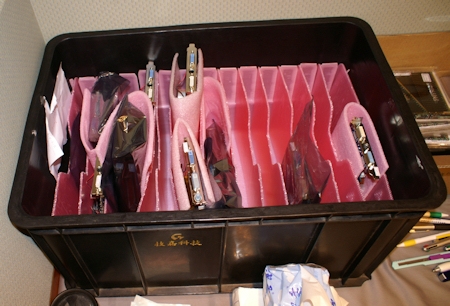