GALAX has broken another world record with its custom GeForce RTX 4080 SG graphics card, pushing the AD103 "Ada Lovelace" GPU up to the very lofty heights of 3.6GHz.

Now that EVGA has exited the GPU business, GALAX has been rather busy scooping up a bunch of world records, where it has already secured itself 34+ world records using its flagship GALAX GeForce RTX 4090 HOF "Hall of Fame" graphics card. But today, the company has announced through its official Twitter account that its GeForce RTX 4080 SG has been pushing the AD103 GPU clock frequency up a rather big hill. 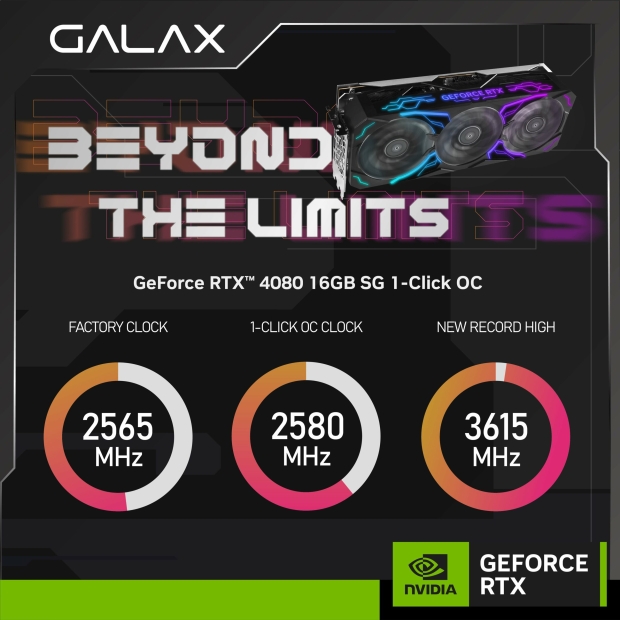 In its back pocket it has the enthusiast-grade and please-LN2-cool-me GeForce RTX 4080 HOF graphics card that could eventually see its GPU clocks passing the GeForce RTX 4090 HOF and its record-breaking overclocks.