Starbreeze is currently working on a new IP outside of Payday, but it could be a licensed series from another publisher. 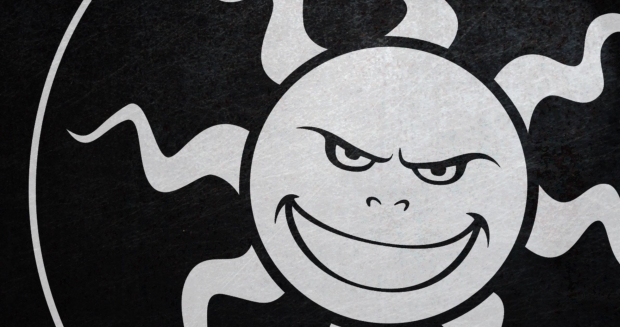 After an going flirt with disaster, Payday developer Starbreeze is back making new games again. The studio signed a big multi-year deal with Plaion (former Koch Media) to publish Payday 3. That's not the only project the company is working on, though; Starbreeze is also busy crafting its next game that won't be set within the Payday universe.

In a recent Q3 earnings presentation, Starbreeze confirms it is actively developing a new game in a fresh IP. Its next project is due out in or around 2025 and it could be set in either a licensed IP or one that the studio creates themselves.

"Work on new own IP is ongoing," reads a presentation slide. "Next game release after PD3 is targeted for 2025, can be own or licensed IP"

The earnings document also repeatedly mentions that it has capitalized development expenditures, which typically happens when/if a studio recognizes royalties from in-development projects. So it may be possible that Starbreeze has already secured a long-term partnership with an external publisher to either make its own IP, or to build a game in said publisher's IP selection.

Speaking of, Embracer Group just announced that it has signed a big six-year partnership with external teams to make big-budget games. Embracer Group also has access to 837 IPs. What if Starbreeze's new IP is set in a series owned by Embracer Group? Nothing has been confirmed, however. 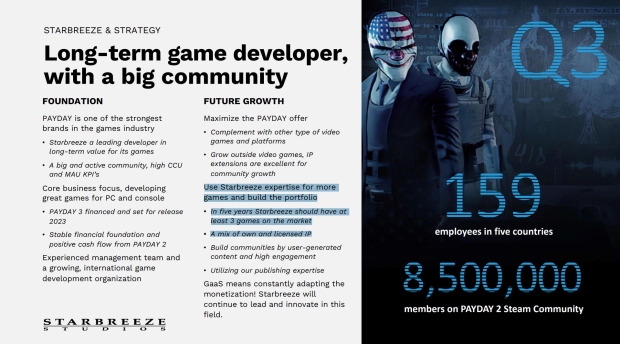 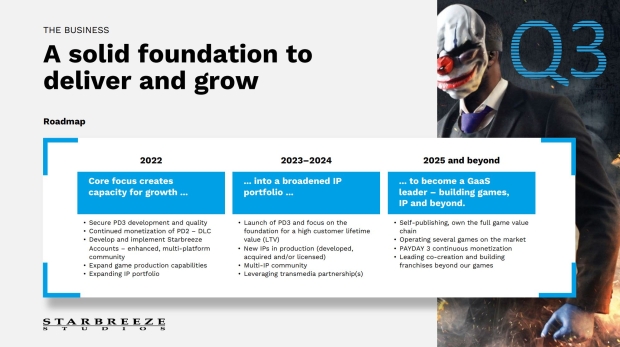