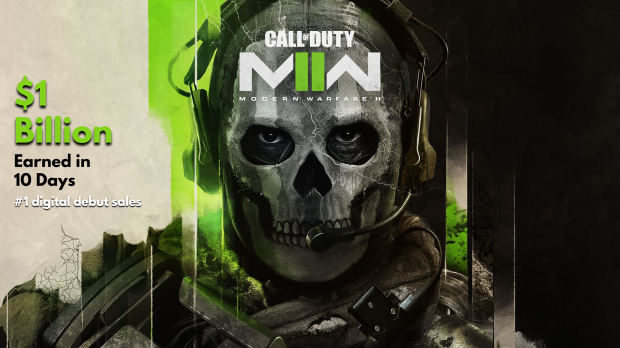 As we predicted, Modern Warfare 2 is fast becoming the most successful Call of Duty game ever released. The new reboot has amassed an incredible $1 billion in game sales revenues alone in just 10 days, setting new records for the megaton video game franchise. The previous figure was $800 million in 3 days.

"Activision's Call of Duty Modern Warfare II continues to smash franchise records as the new blockbuster has crossed $1 billion in worldwide sell-through following the first 10 days from its release on October 28, 2022. The new mark tops the previous franchise record of 15 days set in 2012 by Black Ops II," reads a press release from Activision. 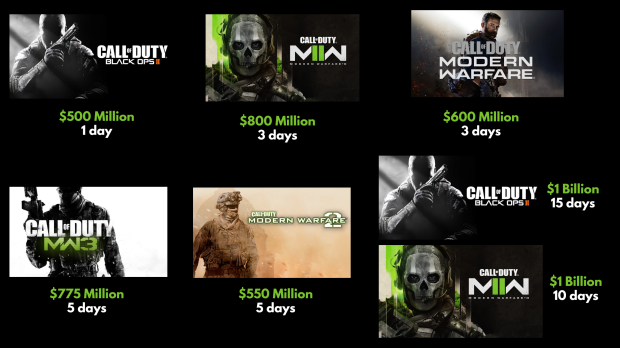 Remember this is just game sales earnings and does not include microtransactions or battle pass purchases. The full might of Modern Warfare 2's earnings remains to be seen, but we do expect it to help Activision make new record-breaking earnings for both Call of Duty and achieve its targeted $8.9 billion in annual revenues for 2022.

Based on further communication from Activision, Modern Warfare 2 could be the best-earning Call of Duty game of all time in terms of combined game sales and monetization. Gamers have already played over 1 billion matches on all platforms.

"Player engagement continues to soar as Modern Warfare II players already have played more than 200 million hours and over 1 billion matches across PlayStation, Xbox and PC platforms in the first 10 days following its release on October 28."