Silicon Motion bought a bag of next-gen goodies to show off at the 2022 OCP Global Summit event, where KIOXIA showed off its next-gen hardware on show, but Silicon Motion had some real delicious storage products being teased.

During the show, Silicon Motion showed off an incredible 4K random read of 3.4M IOPS on its new SM8366 SSD controller... yeah, you read that right. 3.4M IOPS!

Silicon Motion was showing off its new SM8366 SSD controller in multiple form factors: U.2, E3.S, E1.S, E1.S 15mm, and E1.S 25mm. The final two in E1.S 15mm and E1.S 25mm have heat sinks, with Silicon Motion reaching out to me and ensuring their 15mm and 25mm offerings with their heat sinks help them provide the correct level fo performance and power scaling, and are compliant with the E1.S form factor specification.

Here's the photo you need to see... with a huge 13.6GB/sec reads on the Silicon Motion SM8366 SSD controller. Oh yeah. 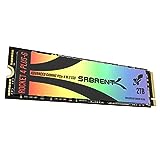