Intel's new Core i9-13900Kf "Raptor Lake" flagship CPU has been pushed up to an impressive 6.2GHz single-core overclock, noting that this is the "KF" variant that drops the integrated GPU that the "K" variant has.

OCN member "Codiee1337" managed to get hands-on with Intel's new Core i9-13900KF early, installing it into an ASUS ROG Maximus Z690 Apex motherboard and its on-board AI tune feature, the 6.2GHz single-core overclock on the Core i9-13900KF was easy to achieve. 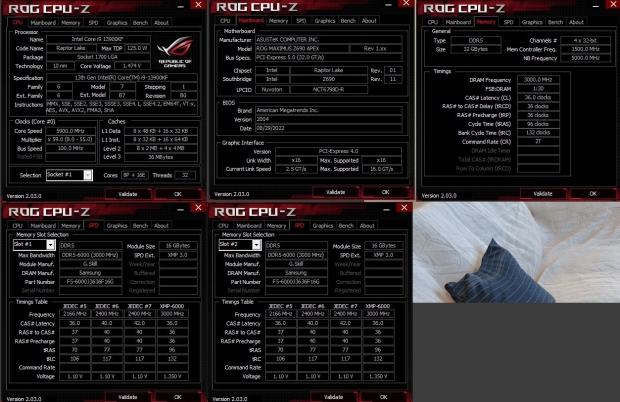 The overclocker was cooling the Intel Core i9-13900KF processor with a Corsair iCUE H150i RGB Elite AIO cooler, along with the Thermal Grizzly CPU contact frame. Alongside that was some G.SKILL DDR5-6000 CL36 memory, with some benchmarks performed in both Cinebench R23 and 3DMark. 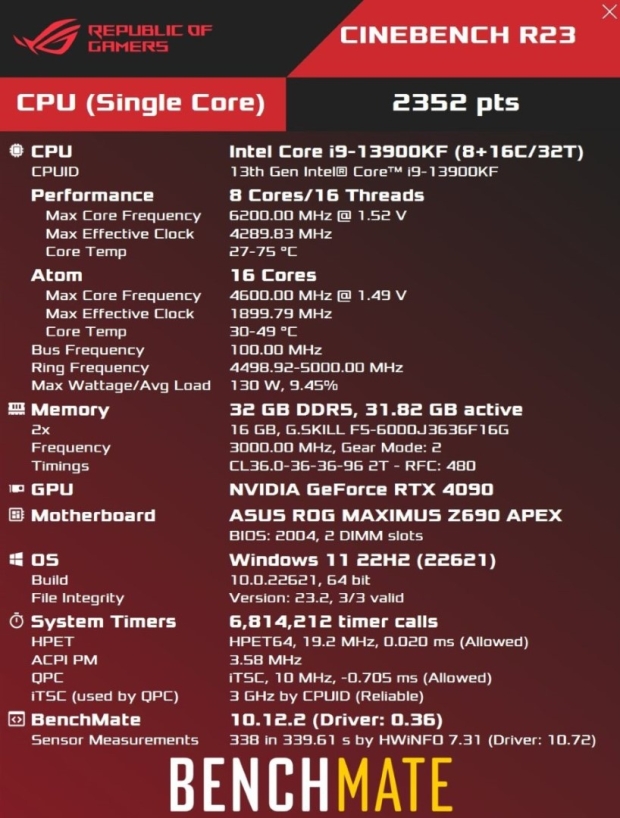 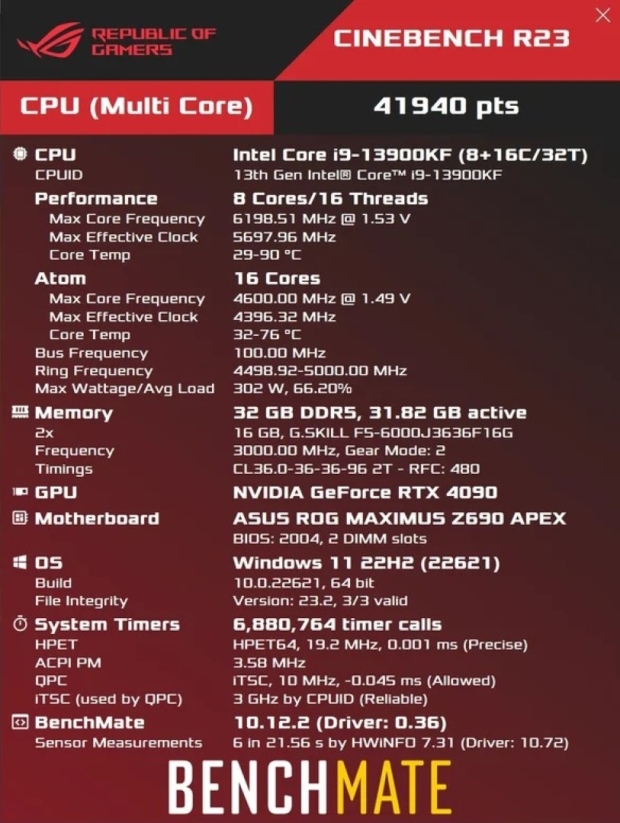 The overclocker didn't have too much time to play around with overclocking the Core i9-13900KF, which is why the built-in AI overclocking feature was used. Still, impressive to see... and shows how easy it's going to be for consumers and gamers to squeeze more performance out of their new Raptor Lake CPU.