Intel's new Core i9-13900K "Raptor Lake" CPU is about to be unleashed, with some new slides from "RUBY's|RYZEN|RAYDEON RAGE 3D" teasing gaming and content creation performance of the new Raptor Lake CPU.

In the slide, Intel is comparing its new flagship Core i9-13900K processor against AMD's best new Zen 4-based Ryzen 9 7950X processor, which it appears to be around 11% faster than the Ryzen 9 7950X. The games include Armageddon, Total War: Warhammer 3, PUBG Battlegrounds, GRID Legends, Total War Saga: Troy, Far Cry 6, Hitman 3, Guardians of the Galaxy, League of Legends, Marvel's Spider-Man Remastered, Conquerer's Blade, and The Riftbreaker. 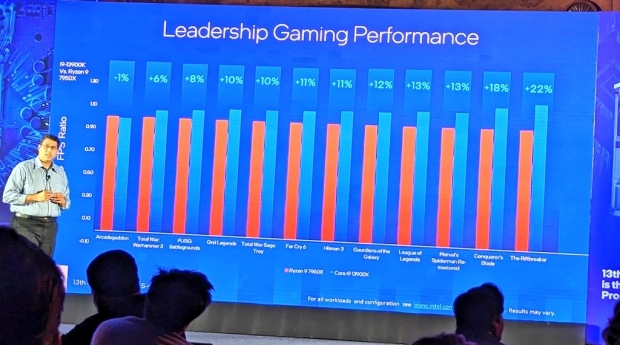 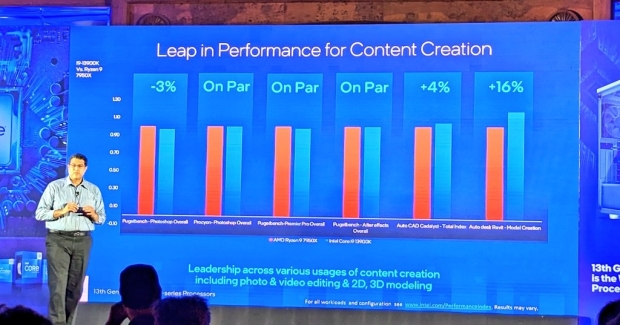 Just remember: these are Intel's internal benchmarks and reviews are coming soon, so we should see some different (but not too far away from what we see here) benchmarks when the review NDA expires. Not long to go now, thankfully! I can hear the Raptor Lake roar from here.