Uber and Motional have entered a 10-year partnership for the IONIQ 5 electric vehicle robotaxis to hit the streets, ferrying UberX and Uber Comfort Electric passengers. 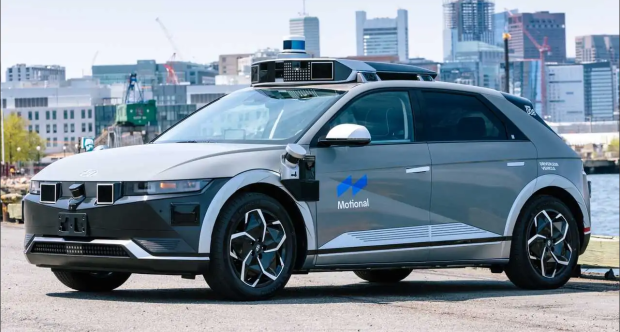 Ideally, these robotaxis will help Uber reduce vehicle downtime while improving customer satisfaction as wait times and fees are both lowered. Public launch is expected to start before the end of 2022, and expand to cities across the United States on a wider scale moving forward.

Data-driven insights will be shared from Uber to Motional to maximize passenger satisfaction while riding in these autonomous vehicles. Both companies worked together in 2022 for autonomous food deliveries using the rideshare's Uber Eats service for select customers in California.

As said by Karl Iagnemma, president and CEO at Motional:

"This agreement will be instrumental to the wide scale adoption of robotaxis. Motional now has unparalleled access to millions of riders and a roadmap to scale significantly over the next ten years. We're proud to partner with Uber to bring both driverless ride-hail and deliveries to life in cities throughout the U.S."

Uber has a zero emissions goal by 2030, and using the IONIQ 5 vehicle - a full EV with zero tailpipe-emissions - is an important step towards that goal. For the foreseeable future, Uber expects to utilize both gig workers and autonomous vehicles as it remains an "asset-light" company.

Moving forward, Uber is expected to make great use of autonomous technology, both for Uber Eats orders and to ferry passengers to their ride destination. Motional is the first company Uber has used for both passenger rides and Uber Eats, and remains one of the rideshare company's most important partners for autonomous technology - but isn't the only one.

Earlier in the year, Uber announced a 10-year commercial partnership with Nuro to develop an ecosystem for Uber Eats orders to be delivered in autonomous vehicles. Customers will be charged the same amount but will save money because a tip won't need to be offered. They also won't be alerted if it's a Nuro bot or a human driver is delivering their order.