In a video that has since been made private, Intel's upcoming Core i9-13900K "Raptor Lake" flagship CPU has been teased at its rock-and-roll 5.8GHz boost frequency.

The teaser for Intel's next-gen Core i9-13900K processor will deliver "performance one couldn't have dreamed of" with its 8 Performance cores and 16 Efficiency cores that will spool up to an impressive 5.8GHz. Intel will host its Innovation event tomorrow, with the tech press and analysts in the air and on the way to the event as you're reading this. 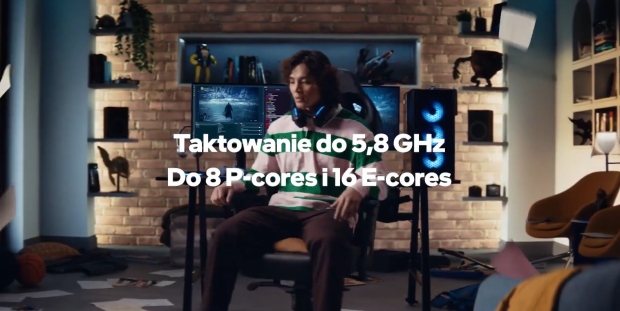 There's not much else shown off here about the Intel Core i9-13900K processor, but we have previously seen the Raptor Lake CPU breaching the rather impressive 8GHz barrier. In previous rumors, we saw the Core i9-13900K and its 24 cores and 32 threads of CPU power hitting 5.8GHz and using 253W of power to reach that frequency.

Intel's new Core i9-13900K "Raptor Lake" CPU was used inside of an ASUS ROG Maximus Z790 Extreme motherboard and -- get this -- a $20 cooler, overclocked up to 6.5GHz. We will know everything we need to know about Intel's full fleet of 13th Gen Core "Raptor Lake" CPUs and the upcoming Z790 motherboards that we'll see from the usual motherboard makers like ASUS, ASRock, GIGABYTE, MSI, and others.