NASA has reviewed the data it acquired from the failed launch attempt of the Space Launch System (SLS) and Orion spacecraft for the Artemis 1 mission on August 29th.

The space agency is now confident they can address the issues facing the launch and have scheduled a new launch attempt for a two-hour window beginning at 2:17 pm EDT (18:17 UTC) on Saturday, September 3rd. The launch will mark the first test of the Orion spacecraft, the SLS, and the ground systems at NASA's Kennedy Space Center (KSC) in Florida, where the launch will take place.

During the initial launch attempt, ground teams could not chill down the SLS rocket's four RS-25 engines to the approximately 420 degrees Fahrenheit (215.6 degrees Celsius) required, with engine 3 maintaining higher temperatures than the others. A hydrogen leak was also identified, which teams were able to address by manually controlling propellant flow rates.

Ground teams will modify their propellant loading procedures and practice for the remaining days until the second launch attempt. The revised procedures will see the chill down test, also known as the kick start bleed test, take place roughly 30 to 45 minutes earlier in the countdown while liquid hydrogen is loaded into the core stage.

Currently, favorable weather conditions are forecasted for the launch day, with some sporadic rain that isn't likely to impact the launch window. On Thursday, September 1st, mission managers will meet to assess overall readiness ahead of launch.

Check out NASA's Artemis blog for continued updates on the launch and the Artemis 1 mission.

Read more: NASA's rocket launch to the Moon comes with a next-gen livestream 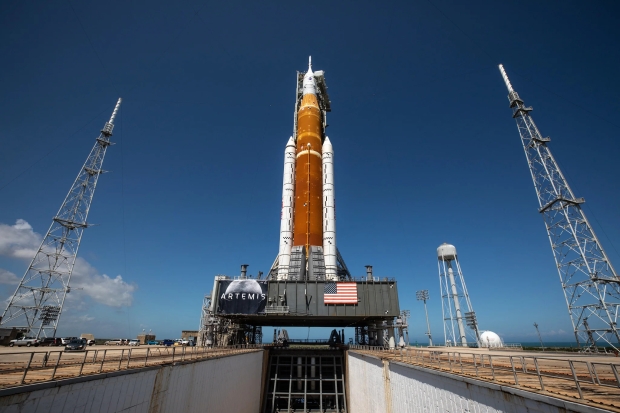