NASA is currently doing its final checks on the Space Launch System (SLS) rocket as the agency gears up for the launch of its Artemis 1 mission.

The SLS rocket is scheduled to launch on August 29 and will be the first step in NASA's return to the surface of the Moon. Artemis 1 will be NASA's reconnaissance mission, where the SLS rocket will carry the Orion capsule on a journey around the Moon and back to Earth, gathering vital information for the following Artemis missions. The launch will mark the first test flight of NASA's largest rocket yet, the 322-foot-tall SLS rocket, which will also deploy a satellite throughout its mission.

The Orion capsule is outfitted with sensors to data gathering instruments that will relay all information back to Earth for officials to take into account when preparing for Artemis 2, a crewed mission around the Moon, and Artemis 3, a crewed landing on the Moon. To bring the most immersive experience they can to the launch of Artemis 1, NASA has partnered with Meta and Felix & Paul Studios to livestream the unmanned launch.

Viewers will be able to enjoy the historic launch from various platforms, with Felix & Paul Studios working closely with Meta to bring a unique viewing experience through virtual reality on the Meta Quest. Additionally, viewers can tune in to Facebook 360 for a 360-degree video, or a dome projection. Felix & Paul Studios will be hosting an event on Meta Quest in the "Venues in Horizon Worlds" livestream, which will feature retired NASA astronauts Karen Nyberg and Doug Hurley.

The event is scheduled to begin an hour before launch at 7:33 AM Eastern Time. If you are unable to view the launch via Meta Quest, you can tune into Facebook 360 on its Space Explorers Facebook page. For more information on where to view the livestream, check out the below links. If you are interested in checking out what the SLS rocket looks like, several high-detail photographs have been snapped of the SLS stationed on launchpad 39B at the Vehicle Assembly Building at the Kennedy Space Center in Florida. 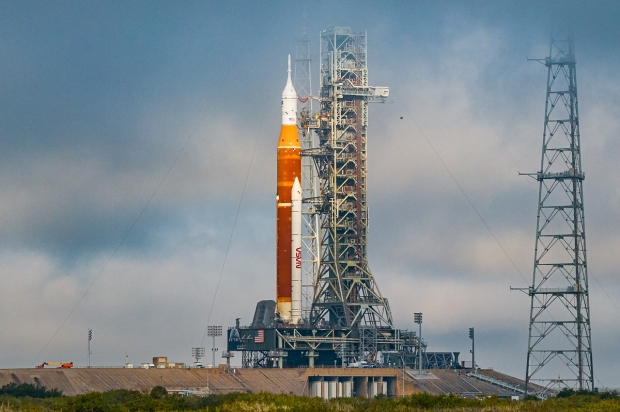