Branding matters for businesses, and in particular, to SpaceX and Tesla CEO Elon Musk, who revealed over the weekend that he "agonized" over his choices for both his businesses.

In response to a tweet asking, 'where have all the serifs gone?' Musk said it was maybe 'times for new roman', which was followed up by an individual commenting on Tesla's font, describing it as "pretty sweet". Musk replied to the comment and said that he "somewhat agonized" over the fonts for both Tesla and SpaceX, saying that he "loves fonts tbh". Musk said that there are some similarities between Tesla and SpaceX fonts, in particular, the decision to implement negative space.

Another of Musk's followers replied to the thread and complimented the 'X' in SpaceX, with sparked a reply from Musk, who wrote that the swoop of the X is "meant to represent the rocket's arc to orbit". BusinessInsider reports that the Tesla logo is meant to resemble a cross-section of an electric motor. In other Elon Musk news, the SpaceX and Tesla CEO has warned that there is a bigger threat to humanity than global warming.

"Population collapse due to low birth rates is a much bigger risk to civilization than global warming", wrote Musk. The Tesla CEO also acknowledged that global warming is an issue, but not as big as declining birthrates. In other news, NASA is about to launch a rocket on a journey around the Moon, in its first step to getting humans back on the lunar surface. 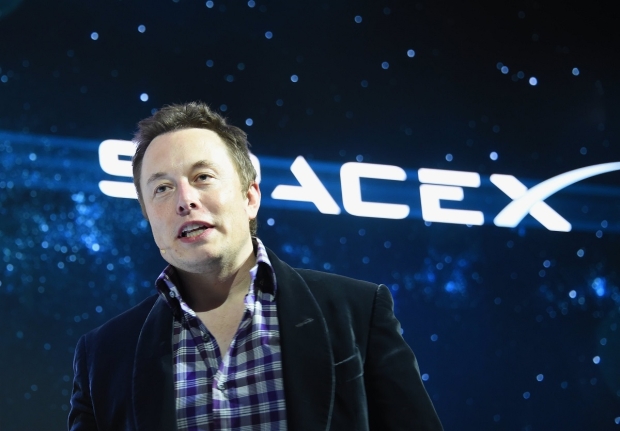