A study on the planet titled "TOI-1452 b: SPIRou and TESS Reveal a Super-Earth in a Temperate Orbit Transiting an M4 Dwarf" has been published in The Astronomical Journal. 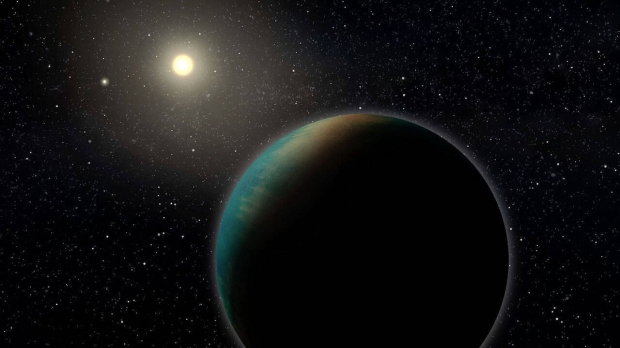 Researchers from the University of Montreal have an exoplanet, meaning a planet outside of our solar system, orbiting the TOI-1452 dwarf star, which is part of a binary star system in the Draco constellation, roughly 100 light-years from Earth. The exoplanet is dubbed TOI-1452 b and exists within its host star's habitable zone, where it is just the right temperature for liquid water to exist on its surface.

It is known as a super-Earth because it is about 70% larger than Earth and approximately five times as massive, but with a potentially solid surface. The planet may also mark the first discovery of an ocean planet, as its density is consistent with a world with a very deep ocean. However, it could also be a large, rocky planet with little or no atmosphere.

Further investigation will be required to determine the composition of TOI-1452 b. According to one simulation, if the exoplanet turns out to be an ocean world, water would make up 30% of the planet's mass. This contrasts with Earth's water, which makes up only 1% of the planet's mass while covering 70% of its surface. With such oceans, TOI-1452 b would be more comparable to Jupiter's moons Ganymede and Callisto, or Saturn's moons Titan and Enceladus, which are believed to harbor deep oceans beneath icy surfaces.

"The OMM [Observatoire du Mont-Megantic (Mont Megantic Observatory)] played a crucial role in confirming the nature of this signal and estimating the planet's radius. This was no routine check. We had to make sure the signal detected by TESS [Transiting Exoplanet Survey Satellite] was really caused by an exoplanet circling TOI-1452, the largest of the two stars in that binary system," said Charles Cadieux, the Ph.D. student who led the discovery of the exoplanet TOI-1452 b.

"TOI-1452 b is one of the best candidates for an ocean planet that we have found to date. Its radius and mass suggest a much lower density than what one would expect for a planet that is basically made up of metal and rock, like Earth," said Cadieux. 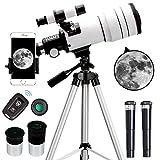