Social media superstar Andrew Tate has been removed from all main social media platforms and is now given his "final message" via his website.

TikTok, YouTube, Instagram, and Facebook have all unanimously decided that there is no place for Andrew Tate on their platforms, as all of the main social media cite violations against their Community Guidelines. Tate has been removed from all of the aforementioned social platforms, with the kickboxer turned internet superstar growing now posting an hour-long "final message" to his fans on his website.

Tate's content largely gained internet fame from its inherit controversial nature sourced from his opinions on sensitive topics such as gender roles and the fact that Tate ran an affiliate marketing scheme that incentivized members of Hustler's University, a money-marking educational group that cost $49.99 a month, to recruit new members via social platforms through repurposed Tate-centered content. With Hustler's University even going as far as to recommend members use controversial content for "better results". 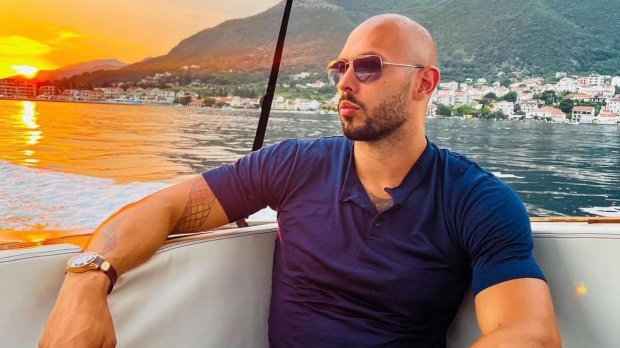 The meteor to fame made Tate the most Googled person on the planet, which, combined with his controversial ideology, created enough "internet noise" to force a reaction from the social platforms. In response to this, Tate has created a video that sums up his side of the story, with the kickboxer recounting his "difficult" childhood, life struggles, why he allowed certain narratives about him to gain traction, relationship with women in his life, plan for the future and more.

Tate also says that he receives 5,000 death threats per day and that the close people around him are also receiving death threats. Tate's goal in the video is to "clear the air" by proving that this "image" that he claims the internet has created of him, which resulted in his banning, is false, with Tate mentioning that he receives thousands of emails every day from young men that are telling him that his message has saved their lives.

The influencer states that he is a victim of his own success and that old videos of him have been downloaded, clipped up and edited in such a way that doesn't accurately represent his intentions. Tate says that he is working with Meta, Facebook and Instagram's owner, to reinstate his account/s, while Tate doesn't mention TikTok, which have stated they are combing through their app to remove any Tate-content that violates its guidelines.

"To a degree I am a victim of my own success. People are trying to find any little clip of anything I've ever said, remove all the tonality and blow it up to get views and be as controversial as possible. This has culminated in the media believing something about me that is so pertinently false, based on videos I have never made, [which are] purported, accelerated and advertised by people I don't even know. I've become the No.1 villain on earth and I believe that is unjust," said Tate.

"I'm very understating on why Instagram felt it was necessary to ban me, I am not mad at Instagram - although I believe I have been unfairly vilified"

"This ban is the hard reset I needed to tell the truth, for that I'm thankful. This is a chance to move my social media purely to my charitable acts, even if my Instagram is reinstated, it's only going to be about The Tate Foundation, there will be no pictures of Bugattis anymore, sorry gentlemen," said Tate.