Speaking of full power permanently for the ultimate in performance, the AMD Ryzen 9 6900HX processor can also spool up to 65W under full load continuously, boosting up to 85W at peak power consumption. 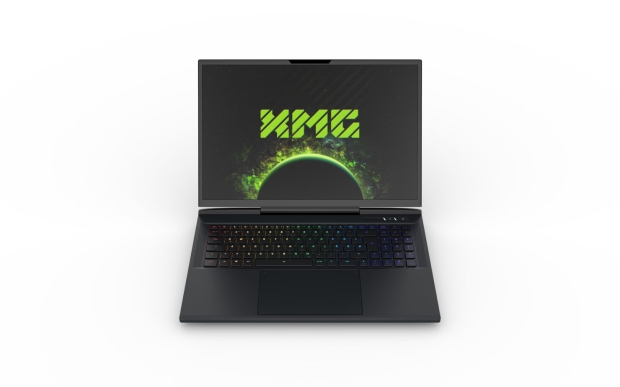 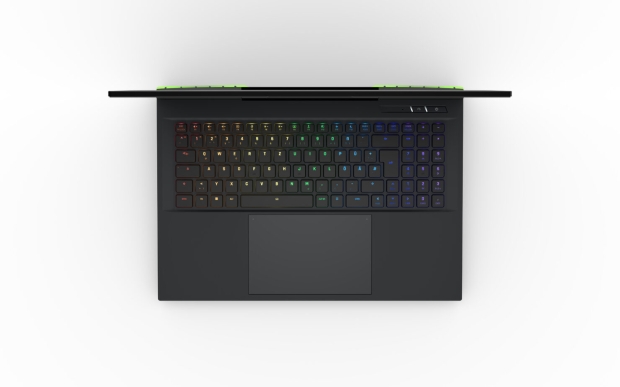 There's a 6ms response time on the panel, NVIDIA G-SYNC support, and Advanced Optimus technology that automatically switches the display from the integrated GPU on the AMD Ryzen 9 6800X and dedicated GPU in the NVIDIA GeForce RTX GPU that you choose inside... all without a restart of your system. 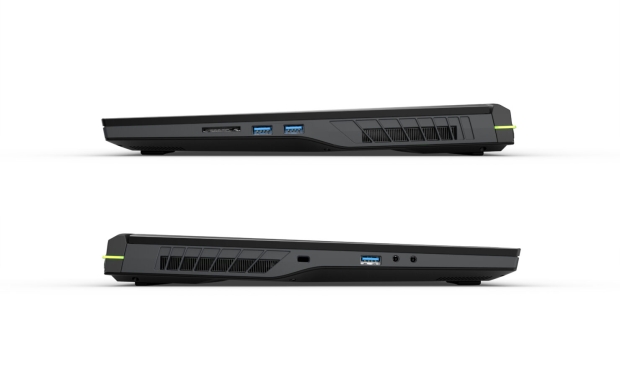 On the outside, you've got the same stellar connectivity with HDMI 2.1 for 4K 120Hz support, enthusiast-grade 2.5GbE ethernet, USB 3.2 Type-C port with integrated DisplayPort 1.4 stream and connection to the NVIDIA GeForce RTX GPU. 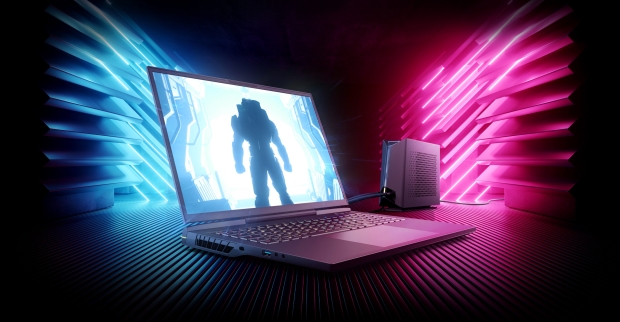 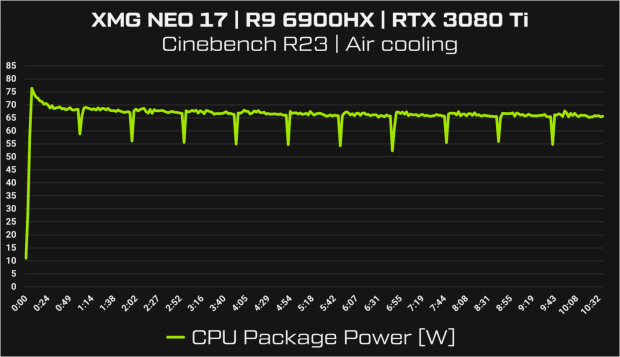 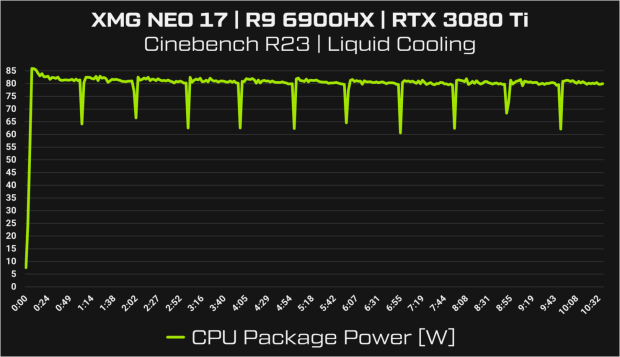 But the numbers are VERY different using its liquid cooling system, benching the AMD Ryzen 9 6900HX processor, and GeForce RTX 3080 Ti inside of the XMG NEO 17 gaming laptop with CPU package power tests -- where it held at 85W or so with the liquid cooler. 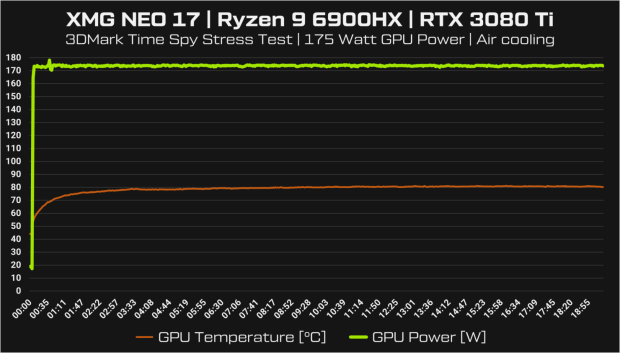 Now, down to the nitty-gritty with GPU temperatures between the air vs liquid cooling inside of the XMG NEO 17 gaming laptop, we have the air cooling on the GeForce RTX 3080 Ti keeping temps at around 80C+ while the liquid cooler keeps it much, much cooler at just 60C. 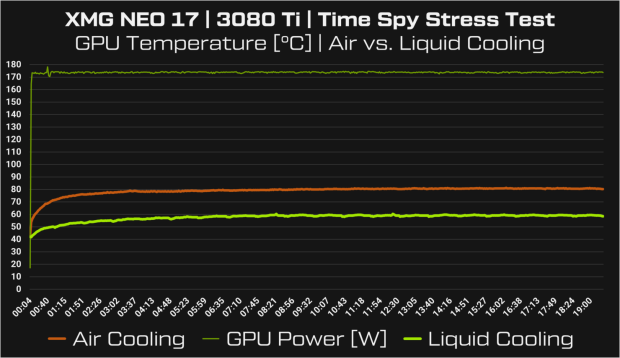 3DMark Time Spy stress tests pushed the GPU power to 175W on the GeForce RTX 3080 Ti GPU inside of the XMG NEO 17, while GPU temps were at 80C solid on the air cooling inside of the stock version of the NEO 17.