ASRock has posted a review of its new Intel Arc A380 Challenger ITX graphics card on Weibo, which is an interesting turn of events for the company. 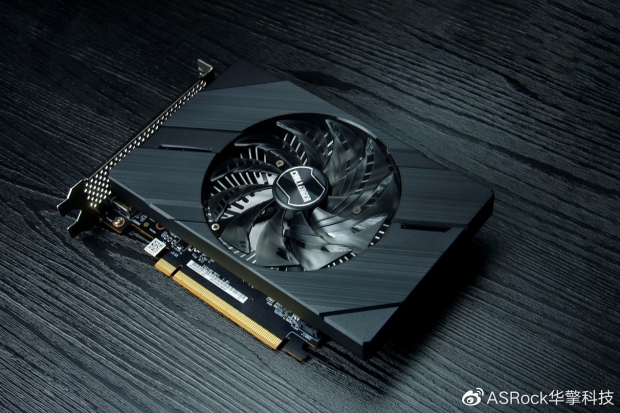 We knew most things we needed to know about the ASRock's new Intel Arc A380 Challenger ITX graphics card, but now we know that the fan hits 1700RPM or so under full load, while the ACM-G11 GPU hits 85C. 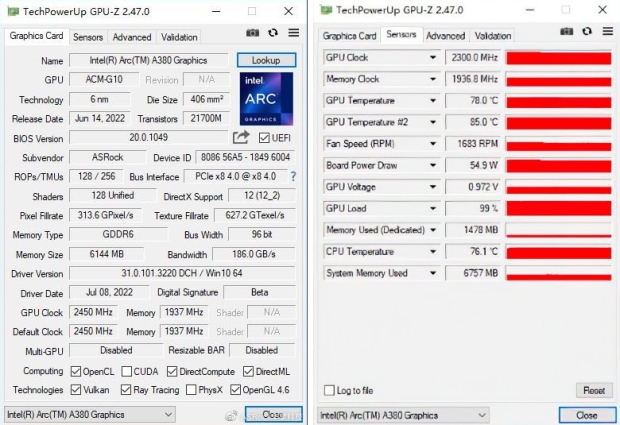 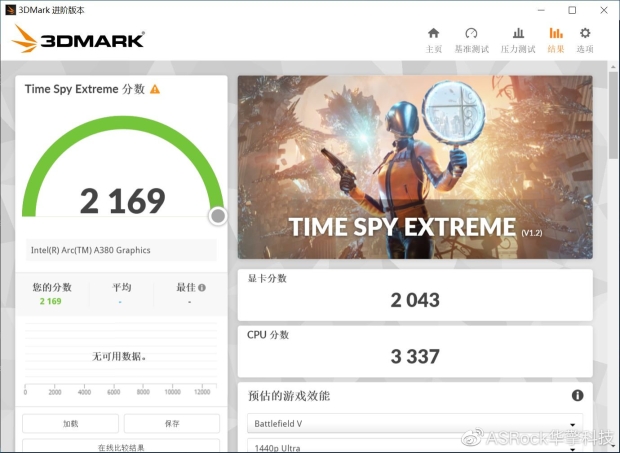 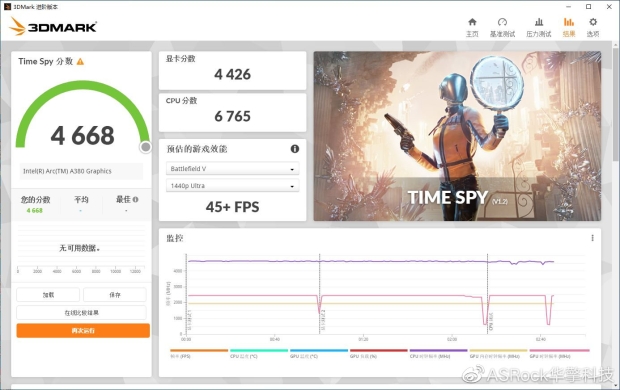 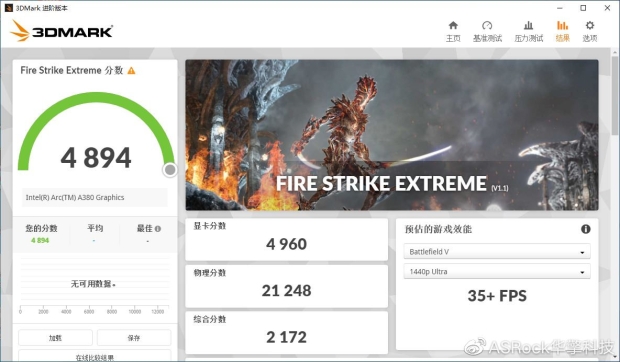 Display connectivity is pretty awesome: 3 x DisplayPort 2.0 (yeah, not DisplayPort 1.4 connectors) and 1 x HDMI 2.0b connector. Intel does provide AIB partners with the ability to add PCONs (Proton Converters) to their Arc GPUs, which enables HDMI 2.1 support, but ASRock hasn't used that here with their new Arc A380 Challenger ITX graphics card, unfortunately.