ASRock has made custom AMD Radeon GPUs for years and years now, with some of the very best -- in fact, the very best custom Radeon RX 6950 XT on the market -- but now the Taiwanese giant is making a custom Intel Arc A380 graphics card. 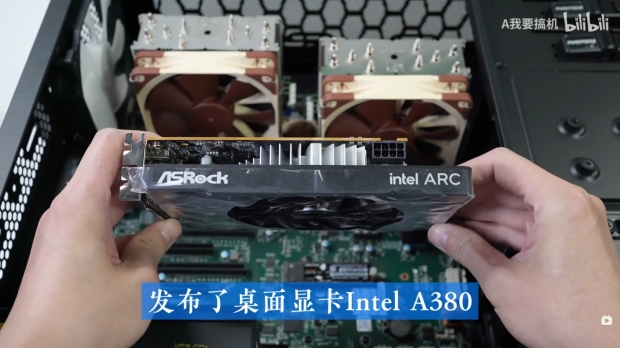 The new ASRock Arc A380 Challenger graphics card has been spotted, joining the custom Arc A380 graphics card race with GUNNIR and its Arc A380 Photon OC 6G graphics card. ASRock is using 'Intel ARC' branding on the top of the card, just like we see on AMD Radeon and NVIDIA GeForce graphics cards from AIB partners.

We have a small, dual-slot, single-fan graphics card with a single 8-pin PCIe power connector for the custom ASRock Arc A380 Challenger graphics card. Inside, the Arc A380 has the full ACM-G11 GPU on the TSMC 6nm process node with 8 Xe-Cores or 1024 ALUs, with a max GPU clock of 2450MHz. 6GB of GDDR6 is here at 15.5Gbps on a 96-bit memory bus that pumps 186GB/sec of memory bandwidth, with a 92W TBP. 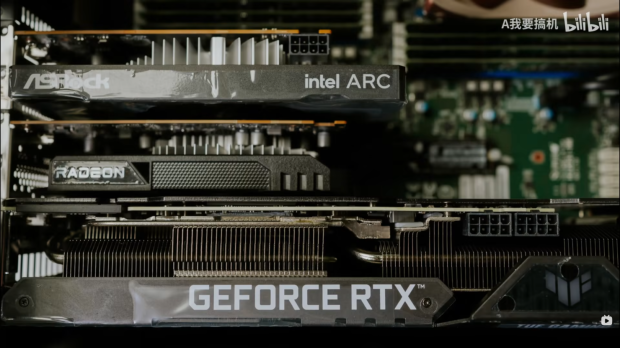 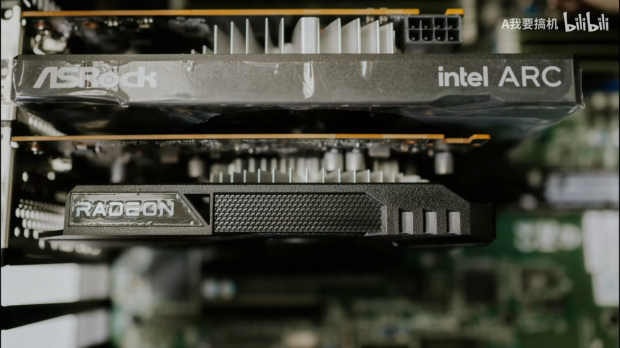 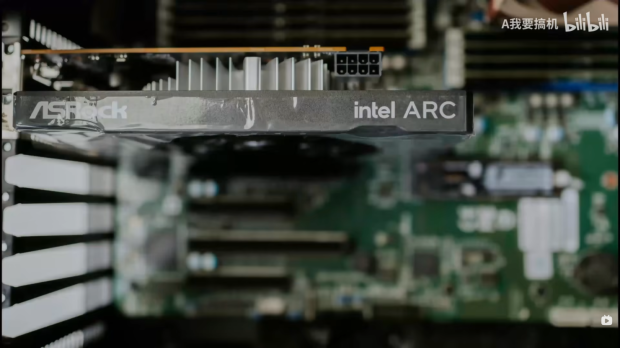 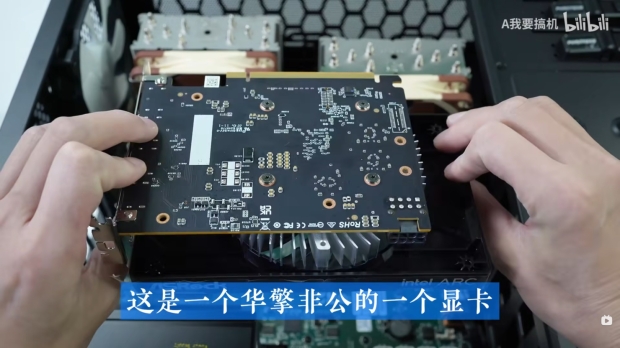 I'll reach out to ASRock the second I press the 'live' button on this news, and see if they'll send me over a sample. That would be fantastic, since the GUNNIR Arc A380 Photon OC is much harder to get... and when they do, you get some of the stories above: headlined that the Arc A380 is like sitting in a "minefield, playing drunk".