A recent rocket launch by the China National Space Administration (CNSA) has seen debris come crashing back to Earth.

The nation launched a Long March 5B to deliver the second module of its in-progress space station, Tiangong, to orbit on July 24th, 2022. The 25-ton rocket was then expected to make an uncontrolled descent back to Earth on July 31st, contrasting with the standard practice of a controlled re-entry to land in the Pacific Ocean. Instead, the falling rocket booster slowly lost altitude as it fell through Earth's atmosphere and broke up over Indonesia, Malaysia, and the Philippines.

"There's a picture of the big piece at the end of the fuel tank sitting on a field that's very convincing. It's the right diameter. It looks like a piece that sort of survived reentry - and is right on the path of the reentry," Jonathan McDowell, an astrophysicist at the Harvard-Smithsonian Center for Astrophysics, and avid tracker of objects in Earth's orbit, told Business Insider.

Experts are sure that the debris found throughout the countries, corresponding with the re-entry path of the rocket, came from the Long March 5B, though only China can officially confirm this. Though no one was struck by any of the falling debris, a recent study revealed that within the next decade, there is 6-10% chance someone will die as a result of falling space debris. The risk of falling space junk increases with every launch, and can be the result of less recent launches, such as the recent appearance of debris from an older SpaceX launch on a farm.

Two people in hazmat suits testing for radioactivity on debris believed to have come from the Long March 5B rocket booster, in Sarawak, Malaysia. Credit: Malaysia News Agency 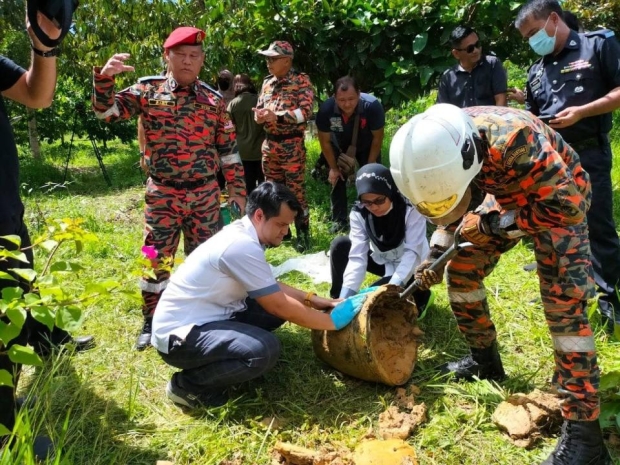 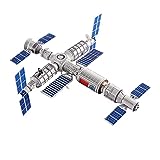