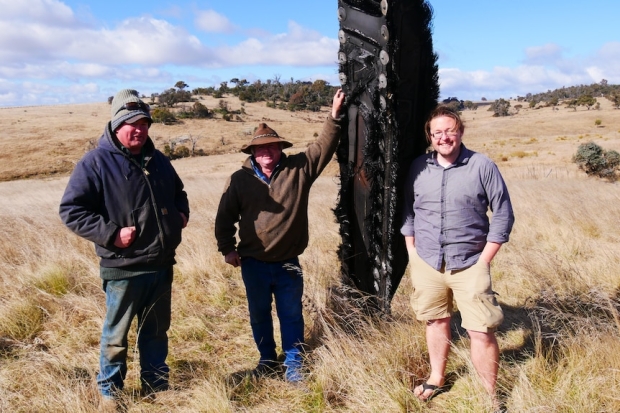 Mick Miners, who runs a sheep farm in Numbla Vale, NSW, found an almost three-meter-high (9.8 feet) object that had struck the ground on his property. Jock Wallace, the owner of a nearby farm, reported a similar foreign object that had appeared on his land. Many residents in NSW reported a loud bang on July 9th throughout the state that is believed to be associated with the re-entry of a SpaceX Dragon spacecraft through Earth's atmosphere.

"In photographs of the debris you can clearly see charring, which you would expect from re-entry. It is very rare to see, because they don't usually land on land, but in the ocean. People often think they find small pieces of space junk, but they would burn up on re-entry, so it's more likely to be large pieces like this," said Dr. Brad Tucker, an astrophysicist from the Australian National University College of Science. 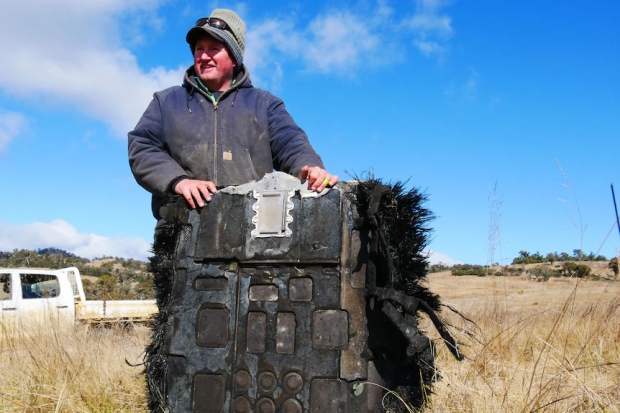 After visiting the farms and inspecting the objects for himself, Dr. Tucker told Space.com "there is not a doubt in my mind it is space junk." Dr. Tucker believes the debris is from the unpressurized crew compartment of the spacecraft, which was likely traveling at about 25,000 kilometers (15534 miles) per hour when it was headed for an ocean landing between Australia and New Zealand.

"This shows that although most of it is supposed to burn up in the atmosphere ... large pieces don't. This is quite worrying, and shows it's critical to track debris. There could even be issues with it damaging the ozone layer, so we need to do more research in this area," said astronomer Dr. Rebecca Allen of the Swinburne University of Technology.