Meta's VR business is losing billions of dollars every quarter, and now the company is raising the price of its Quest 2 VR headset. 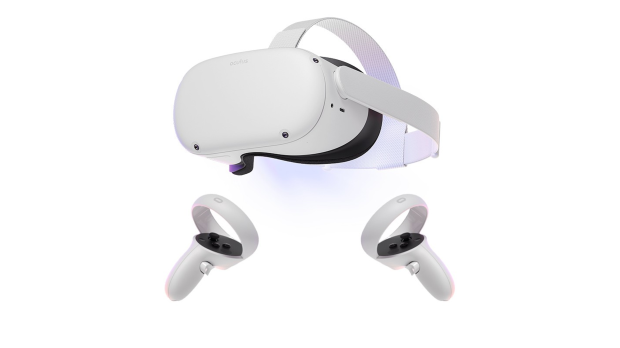 Today Meta announced that all Quest 2 models will see a $100 price increase, representing a 33% premium over existing HMD prices. "Starting in August, Meta Quest 2 will cost $399.99 USD and $499.99 USD for the 128GB and 256GB versions respectively," Oculus announced. Quest 2 headsets will include a free copy of Beat Saber for a limited time (but this game should really be included anyway).

Meta explains that production costs have risen and this $100 price jump will help grow its "investment in groundbreaking research and new product development." Meta also says that gamers have spent over $1 billion in Quest apps so far, but this is a paltry sum to the incredibly $12.468 billion that Meta spent on its Reality Labs division. Reality Labs also lost more than $10 billion in operating income in FY21. 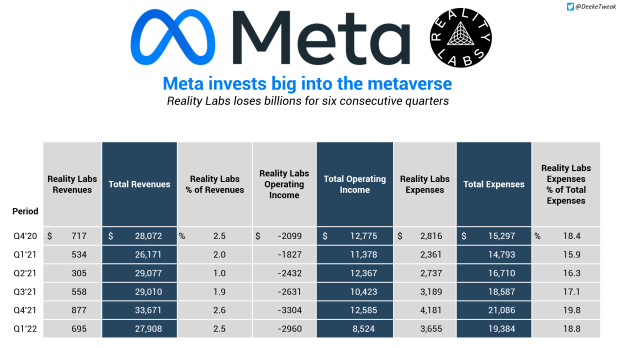 Meta's Reality Labs, which focuses on VR, AR, and the metaverse, is a loss-leader that requires billions in expense spending every quarter. Reality Labs represents nearly 20% of total quarterly expenses, and the segment has lost multiple billions of dollars in operating income loss quarter-over-quarter, with Q4'21 hitting an incredible $3.3 billion in negative operating income.