Elon Musk is laughing his ass off at the BS rumors that he slept with Google co-founder Sergey Brin's wife, Nicole Shanahan.

He laughed at them from the start, where he explained over email to the New York Post: "I wouldn't get on my knees and beg for anyone". In the last 24 hours, The Wall Street Journal wrote beyond fake news (getting away with it using the word "alleged", total BS in the words of the SpaceX and Tesla CEO that he got on his knees and begged for Brin's forgiveness.

Musk is refuting the smears and lies in mainstream media that started with The Wall Street Journal, Yahoo, Vanity Fair, The Guardian, CNN, Bloomberg, MarketWatch, and countless others that he slept with Brin's wife. Musk said: "Nicole and Sergey's divorce has absolutely nothing to do with me".

Musk continued: "I am sure both Nicole and Sergey would confirm that. I spoke with both Sergey and Nicole about this and they say the story isn't coming from them, so [it] must be a case of broken telephone, two or three layers removed".

"And, not to dodge the question, I have only seen Nicole twice in three years, both times with many other people around. We were not romantically involved in any way".

"This is total bs. Sergey and I are friends and were at a party together last night! I've only seen Nicole twice in three years, both times with many other people around. Nothing romantic".

Pranay Pathole asked: "Elon, why do you think have these hit pieces and attacks against you have increased in the recent past? Do you think these are all politically motivated hit pieces? Who's paying for this? It's really saddening and disheartening to see this nonsense hate against you".

Musk replied: "Mostly just that the media is a click maximizing machine and a story involving me gets a lot of clicks". 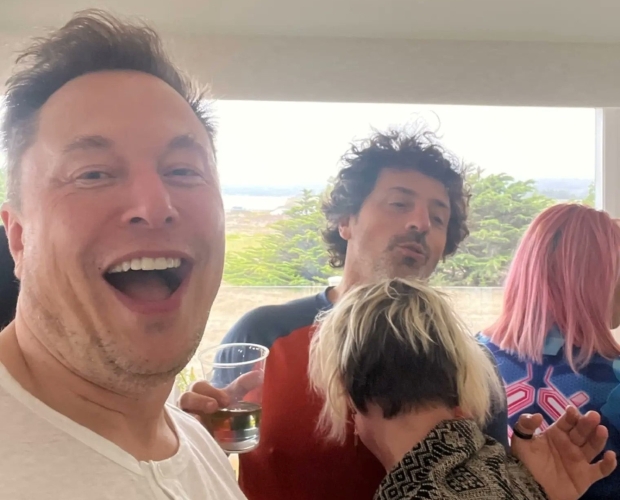