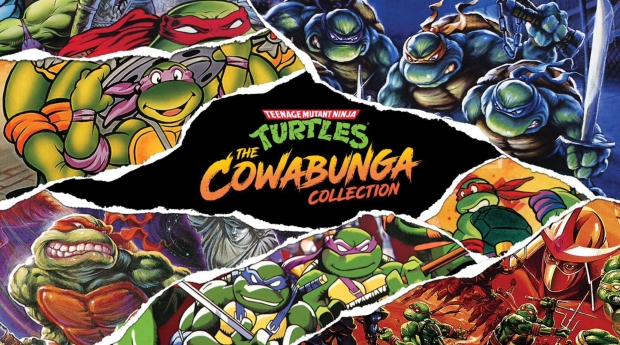 On paper, the Cowabunga Collection is already an incredibly good deal that packs in 13 retro Teenage Mutant Ninja Turtles games in one bundle, including beloved favorites like the Turtles in Time beat-em-up.

There's one feature that could completely revolutionize retro re-release collections, though. Digital Eclipse has gone above and beyond with the Cowabunga Collection's new Watch Mode. This basically lets you hand off control to an automated computer assistant based on a pro speed-runner to beat a specific portion of the game--which will come in handy in the devastatingly hard TMNT NES game.

"You can watch the games being played. It's like a tool-assisted speed run. It goes through the entire game relatively quickly taking no damage. So you can watch it if you want to know what the strategy for a specific boss is," Digital Eclipse's Chris Kohler said during a San Diego Comic-Con demo.

"Say you're having trouble with a mini boss. Put it in Watch Mode, let the computer get past this, and then I'm going to actually jump right in and now I'm actually playing. This isn't a video, it's like an emulator speed run."

That's absolutely rad. Sure it's like an easy mode+, but it's extremely handy. There's also enhancements for each game, including removal of the sprite flickers and slowdown in the NES TMNT game.

If you want more tips and tricks, Digital Eclipse also has you covered. The TMNT Cowabunga Collection features actual built-in strategy guides. Yes, really. The guides have little tips and tricks that will make your life easier, including the infamous Rocksteady cheese attack with Donatello in the NES TMNT game.

The guide has both written and video tutorials to show you exactly what to do, so there's no need to look up YouTube videos.

Oh, and there's a built-in museum that has a bunch of factoids all stylized in the old-school 1980s TMNT TV show. "Nickelodeon made absolutely sure it looked exactly like the old show."

The collection is packed in with an incredible amount of content, from extra UI images straight from the Eastman and Laird comics to an interactive museum featuring documentaries, images/sketches/concept art, and even music. There's content from regional releases of the games, too.

"We're really trying to be as historically accurate and authentic as possible," Kohler said. It certainly shows.

The TMNT Cowabunga Collection releases August 30 across all platforms, and will cost $39.99.