Fall Guys appears to be the fastest-growing free-to-play game on the market with a significant surge in players. 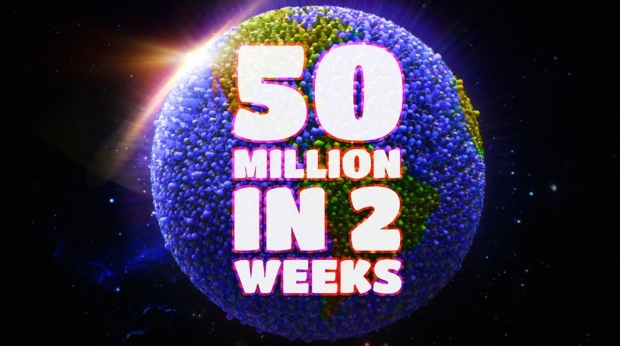 Weeks ago, Fall Guys went free-to-play and racked up some serious numbers. The party game actually grew faster than mega-hits like Call of Duty Warzone, Fortnite, and Apex Legends, all billion-dollar trendsetters that transformed the industry.

Mediatonic recently confirmed that Fall Guys had amassed 50 million players in just two weeks, growing faster than some of the most popular F2P games ever made. For reference, it took both Warzone and Apex Legends about 4 weeks to to hit 50 million players, and Fortnite hit the 45 million player mark after 16 weeks. It's worth mentioning games like Fortnite (2017), Apex (2019) and Warzone (2020) helped open the doors for Fall Guys' success and opened the door to this newer, instantly-accessible monetized consumer market.

Fall Guys' meteoric success shows the long-lasting legacy of the hit indie-turned-mainstream sensation. The game originally exploded on platforms during the height of the pandemic and continues its run with a new F2P launch. Fall Guys had originally hit 20 million players in 48 hours, and this new metric represents a 30 million+ jump in players in 2 weeks' time.