Mark Zuckerberg has been accused of holding a sword while speaking to employees about their duties and completion timelines.

The news comes from former Facebook coder Noah Kagan, who was the 30th employee to be hired at Facebook and is currently the CEO of AppSumo. Kagan has taken to TikTok to reveal some interesting pieces of information about the early days of Facebook, and the activities of some of the company's most prominent members.

In the above video, Kagan states that he played poker with now-billionaire Peter Thiel, the co-founder of PayPal and Facebook's first outside investor. Kagan says that Thiel requested his money back after losing the poker game. Additionally, Kagan says that Zuckerberg paid for all of the employees' parking tickets, which was at the time a very appreciated perk at the company. Notably, Kagan says that Zuckerberg was "bringing around a katana sword because he didn't like the code" - referring to Facebook's current code.

It should be noted that Kagan worked at Facebook in 2005 when the company was still very young. More notably, Kagan only worked at Facebook for approximately nine months before being fired, where he lost all of the stock options that he was given at the beginning of his employment. Kagan estimates, alongside Jordan Belford in the below video, that if he didn't get fired from Facebook, the 0.1% stock he held would be worth around $600 to $700 million.

Notably, this isn't the first time Kagan has mentioned Mark Zuckerberg carrying a sword around at the office, as Futurism reports that the former Facebook employee gave a detailed account of an event in Kagan's 2014 book "How I Lost 170 Million Dollars: My Time as #30 at Facebook".

More recently, an internal Meta memo leaked to Reuters revealed that Mark Zuckerberg will be turning the heat up on employees by increasing performance standards in order to discover underperforming employees that "shouldn't be here" [Meta]. Zuckerberg has also reduced Meta's hiring target from 10,000 to between 6,000/7,000 new workers. 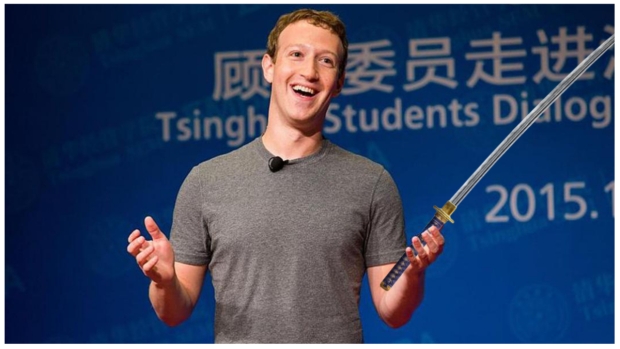