FromSoftware's next game is almost complete, and it's likely to be the new Armored Core game that was teased in 2016. 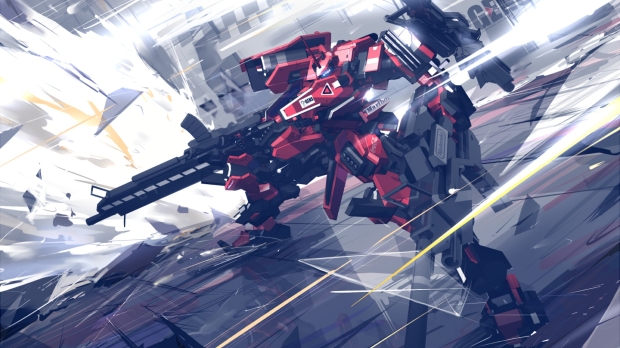 In a recent interview with 4Gamer, Hidetaka Miyazaki talks about the future of FromSoftware. The studio is currently laying finishing touches on its next game; Miyazaki says "development is in the final stages," but offers no exact clarity on what's next.

Back in 2016, Miyzaki said that FromSoftware was working on 3 new projects. One of them is Elden Ring, another is an Armored Core game, and the third is a mysterious "weird" game that, well, could be anything. Miyazaki also tells 4Gamer that he won't be directing all games, hinting that he might not have led the new Armored Core's development.

FromSoftware first mentioned its Armored Core mech project back in 2016, then again in 2017. Then at the beginning of 2022, new Armored Core screenshots leaked out as well as purported market survey descriptions of the game.

Given the length of development time, it's quite likely that the Armored Core game is the next game in FromSoftware's lineup. It's possible it could even have PSVR2 integration, too.

Melange, an unknown substance that could dramatically advance human society. In the past, this substance caused a cosmic catastrophe on planet Bashtar that engufled the surrounding star systems, and eventually its very existence was lost.

Decades later, the Melange reaction was confirmed again on planet Bashtar. In search of the unknown substance that should have been lost, various speculations begin to swirl. Various parties are getting involved; the government, corporations, cultists, and unknown mercenaries...The protagonist is one of them.

The game is a TPS (third-person shooter) mecha action title that lets you move around an overwhelming scaled map that represents a unique sci-fi world with dynamic mech action. You will face strong enemies and fierce battles both long and short range using guns and blades.