Jimmy Donaldson, better known as "MrBeast," has given a substantial amount of aid to struggling Ukrainian refugees.

Donaldson posted a new video to his "Beast Philanthropy" YouTube channel that explains that there are more than 12 million Ukrainian refugees currently struggling to figure out where they are going to live, being forced out of their homes by Russia's invasion. Donaldson explains that the Beast Philanthropy team "had to help" and got into contact with several refugee centers across Eastern Europe to gather a long shopping list of supplies that people need.

The shopping list included various items such as food, toilet paper, water, medical supplies, cleaning supplies, and more. The long shopping list stacked up to a staggering $3 million, then Donaldson reached out to his local community in North Carolina to help him pack all of the purchased items to be made ready for transportation. Donaldson explained that he established his own global logistical transportation chain through Flexport.

MrBeast says that this donation is just going to be the beginning and that over the coming months, Beast Philanthropy will be coordinating more donations to help the struggling people in Ukraine for as long as the war continues. Furthermore, Donaldson has set up a direct donation button that can be found in the description of the video, and every dollar that is donated will be sent directly to assist Ukrainian refugees.

Notably, MrBeast has Ukrainian Beast shirts available to purchase, and all profits made from the stockpile of shirts will go straight to the people "who need it the most".

In other MrBeast news, the king of YouTube recently took to Twitter to shine a light on the number of fake advertisements he sees on YouTube, which end up being some form of scam where the person interested gets money taken from them. Additionally, MrBeast recreated Willy Wonka's Chocolate Factory, and gave it a away to a subscriber of his channel, check out that video below. 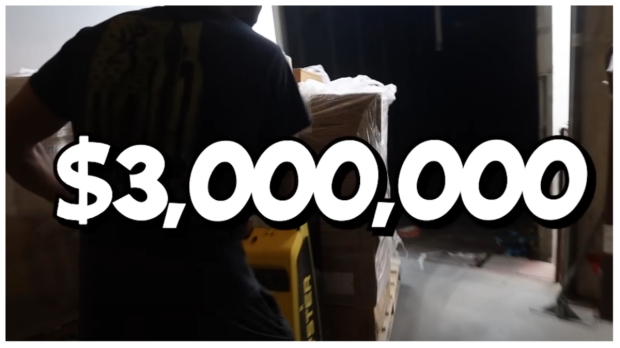