Modders are adding in content that CD Projekt RED originally wanted to put into Cyberpunk 2077, but didn't due to in-game issues, time constraints, or both.

A new mod adds flyable vehicles to Cyberpunk 2077, which is a feature that CD Projekt RED had originally planned for the game. Back in 2016, CD Projekt received a grant from the Polish government to fund its vision for Cyberpunk 2077. This City Creation vision included "living, breathing cities" with "real-time AI" and flying cars, which was arguably delivered in some form in the final game...except the cars weren't actually flyable by players.

One mod has changed all that. Let There Be Flight is a mod from Jack Humbert that brings Cyberpunk 2077's future cars from the streets and into the skies.

The mod isn't perfect, and it will lead to crashes and other issues, but it's a big step in recreating the kinds of things that CD Projekt may have wanted to do with the game. 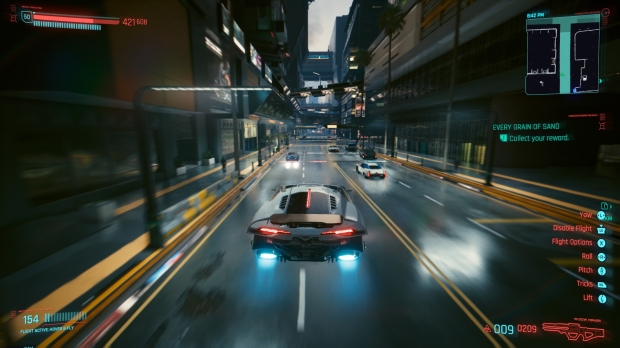